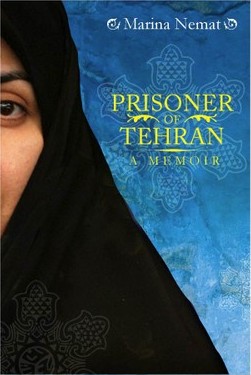 It’s an interesting experience meeting someone whose memoir you’ve read. You’re essentially encountering a person you already know on so many levels who in turn knows absolutely nothing about you. Such were my thoughts as I approached the entrance to Toronto's Massey College for my pre-interview with Marina Nemat, author of the international best seller Prisoner of Tehran: A Memoir. After three engrossing hours (it was only meant to be one) Marina ‘leveled the field’ unveiling a humbling and sincere interest to get to know me amidst my million and one questions. I was very touched, both by her genuine kindness and what I perceived to be a longing to preserve the memory of all those who were left behind…
Writing is a brave act for reasons I need not explain. After speaking with Marina, both on and off camera, there was no doubt in my mind that she took literary bravery to a whole new level when she decided to publish the truth about what happens inside Evin’s walls, Iran’s most notorious political prison. Although she would strongly disagree, and perhaps cringe at my use of the word ‘bravery’, I stand by my choice. Marina’s chilling account of the events leading to her arrest and the two years of imprisonment that followed is but a sample of the deep scars marking an entire generation who suffered (and continues to suffer) the consequences of the Iranian Revolution. 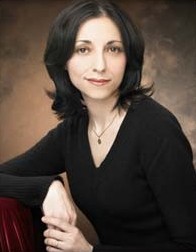 On the day of her release in March of 1984, Marina thought she was finally going back to the home she had yearned for, the same home she had left behind the day the revolutionary guards had arrested her and taken her away. But this was not the case… Though life at home had remained the same, Marina had changed but no one acknowledged it, and because of that, life would continue to keep her behind bars. For 20 years no one, not a single family member or friend had asked her about her time in prison. When I asked Marina how this could be, she explained to me that no one wanted to know because they were afraid to know and because it would hurt them to know. The years passed and Marina settled into what could be called ‘normal’ life. She married the man she loved, immigrated to Canada, worked in the restaurant industry, raised two beautiful boys but all this time had repressed the pain and trauma of the past believing she had freed herself of it…until the day it all came to surface emotionally, physically and psychologically. It was at that point that Marina picked up her pen and began to write. It was the only way she could keep afloat and deal with everything she had never before dealt with. 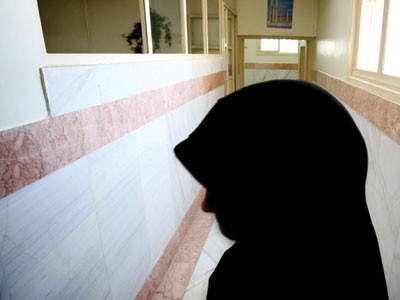 In our first meeting I asked Marina why she wouldn’t let anyone call her ‘courageous’. She told me that there is nothing brave in trying to overcome the effects of trauma and attempting to unload the weight of survivor’s guilt by giving a voice to those left behind. I fell silent at this point, knowing perfectly well that there were no comforting words I could utter that she hadn’t already heard and dismissed. I’ve never met someone in person who carries a cross this heavy with such inspiring levels of strength, faith and hope. Marina Nemat, survivor of Evin joined me on Catholic Focus to share the details of her story, an unforgettable one that serves as a wake up call to keep the country of Iran and its people in your list of prayer intentions. You can catch Catholic Focus: Marina Nemat -- Prisoner of Tehran Wednesday, May 6th, at 12pm ET (if you're away from your TV, try our live streaming) or this Sunday, May 10th, at 7pm and 11pm ET.