Living in the newness of Easter 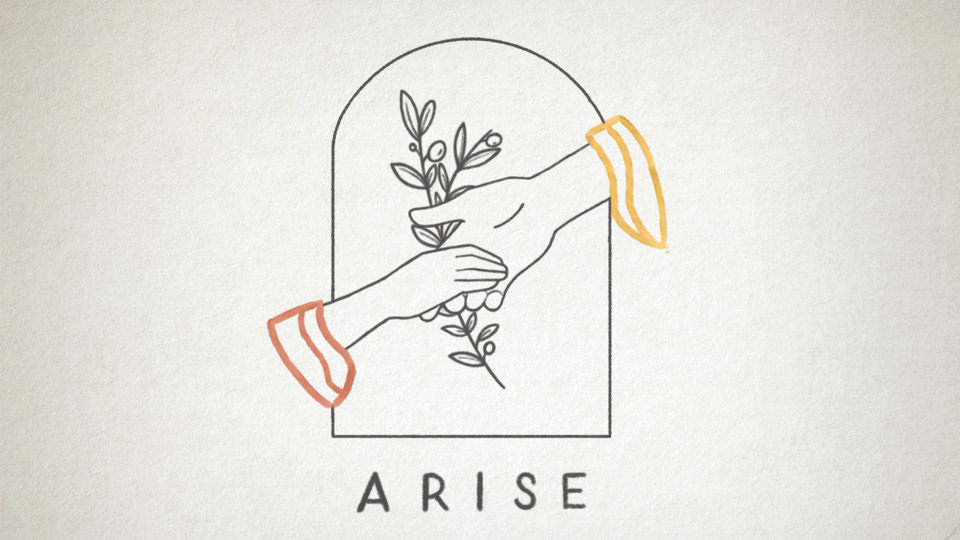 Logo of ARISE: A 50 Day Easter Devotional. Used with permission.
Two years ago, Megan Turland, a young mother and missionary, was asked by her spiritual director what she would do to celebrate the Easter season. Startled, she admitted she had never thought about it before. The question encouraged her to approach the 50 days differently. So she has found little ways of remembering Christ’s resurrection. At the Easter Vigil, everyone in her family brings their baptismal candles to the service; on Sundays they light their candles at dinner and leave them out throughout the week. She also makes sure there are fresh flowers in the house every day for 50 days, as “a reminder,” she says, “that we are celebrating something”, and they intentionally read passages in Scripture on Jesus’ resurrection. Megan shared all of this with me when I asked her about her new 50-day Easter devotional, ARISE, which was launched on Easter Sunday. In less than a couple of weeks, nearly 1700 women have signed up to receive the free devotional in their inbox with readings from Scripture and reflections written by women from all over Canada. The devotional is the fruit of Megan's prayer and a growing desire to see more people experience the joy of this liturgical season. For many people, once Easter Monday rolls around, it’s time to move on. Lent was already long enough. We made it to Easter; can’t we just get back to our normal routines? Or, as Megan points out, we might feel like we failed in our attempts to “live more virtuously” and think we could have “done better”. We might be asking ourselves the same question she asks herself at the beginning of the new season: “Am I worthy enough to partake in the day’s celebration?” But Easter is “the feast of all feasts”, and all are invited, no matter how ready we are or how well we lived our Lenten sacrifices, Megan explains. It is not a liturgical season many people choose or even know how to live out. She wanted to change that. She also recognized in the faith of her daughter, Monica, an example of how each person is invited to respond to this free gift. Monica is familiar with the story of Jesus raising the little girl who was dead. In the Gospel of Mark, Jesus says to the daughter of Jairus: “Talitha, koum! Little girl, I say to you, arise” (Mark 5:41). One day, after saying their nighttime prayers, Monica asked her mother to pray for her “ouchy” to be healed. Megan said a prayer, and Monica exclaimed, in simplicity and with confidence: “Jesus healed the little girl who was sick, so he can heal me too.” Jesus speaks those words to us again today, and they are the guiding theme of the ARISE devotional. The inspiration to create the 50-day Easter devotional came to Megan last November. And the ball quickly got rolling. First, she told her husband, Ben, about the idea. Then Ben shared the idea with their close friend, Laura, and by January she was making plans for the devotional to be released Easter 2019. With such a short timeline – just a few months – she realized pretty quickly she would need to pull a team of people together to make it happen. 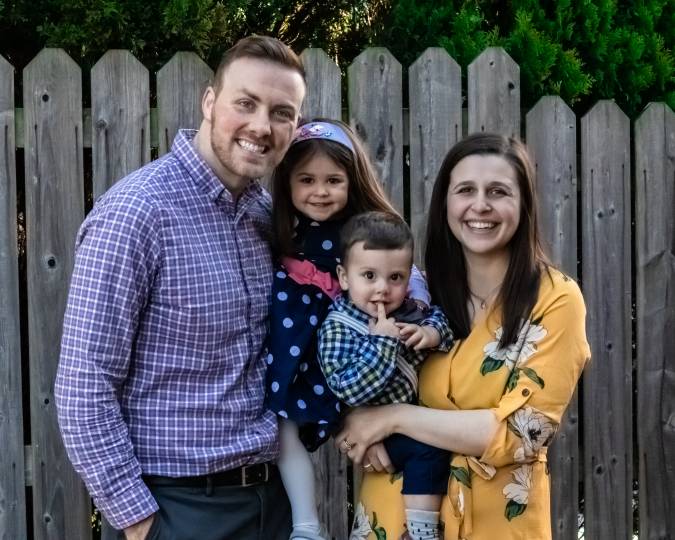 Megan Turland, creator of the brand new Easter devotional ARISE, with her family (Courtesy of Megan Turland)
She rounded up two young women from Ryerson University: Mariel is a graphic design student; Erin is a student in politics and a photographer. They formed the core design team. For Mariel, this was another opportunity to grow as an artist. She rejoices in “being able to reach other people through art”; it’s a way to evangelize. To create the logo, they wanted the scene with Jesus and the little girl to be recognizable. In their research many of the illustrations they found featured hands and light shining through a window. So they thought of “framing the hands of the little girl and Jesus behind the window, so that people could easily recall the scene,” said Mariel. “It embodies that intimate encounter [between the little girl and Jesus],” noted Megan. When her daughter sees it, she repeats, “The little girl and Jesus, it’s their hands!” As for the colour palette, they picked out pastel hues that resonate with the Easter season. They denied ever having arguments over creative differences. They simply felt inspired by each woman’s reflection they read while working on the layout. Twenty-three women from across Canada contributed to the devotional. Once Megan gave them the theme based on the scripture passage from the Gospel of Mark, she allowed them total creative freedom. She told me it required her to have “a lot of trust in the Holy Spirit that he would bring it all together… and it turned out better than I could have imagined.” The writers show great vulnerability and honesty in their reflections. She was impressed at “how unique everyone’s stories were”. Writing, editing, overseeing the design, promoting it, setting up the e-mails - a lot of work goes into creating a devotional, more than Megan expected. The task sometimes proved challenging. She faced a lack of confidence in her abilities and doubts that this was something “the Lord wanted me to do” or wondered “if it would resonate with people”. Hurdles continued to appear throughout the process, some bigger than others. In the middle of the project, Megan experienced a miscarriage. There were “many days I thought I couldn’t step forward” after that. They named their baby girl Elena, after Blessed Elena Guerra, an Italian nun she discovered a few years ago and to whom she entrusted her devotional. Megan found consolation and hope in her loss. Her little baby is “already experiencing the joy of the resurrection”. The devotional is for “any woman who desires to experience new life, to encounter the risen Lord in a new way,” she insists. At the end of our short interview, she mentioned Saint Paul’s Letter to the Corinthians: “If Christ has not been raised, then our proclamation has been in vain and your faith has been in vain” (1 Corinthians 15:14). We’re invited to live “rooted in that truth that he did rise and that our life is completely different because of it!” Megan says. Women can still sign up for the free devotional by visiting Megan’s website at The Good Soil, and share their journey on social media using #AriseEasterDevo.