Pope Benedict XVI began his four day journey to Portugal this morning.  He arrived in Lisbon at 11 am local time to a formal reception at the airport where he was greeted by a choir of  30 singing children from the music academy of St. Cecily. The children performed the official welcoming hymn written in honor of the Pope's visit.  After this came a speech from the President of the Portuguese Republic, Aníbal Cavaco Silva. The President, who is a Catholic himself, welcomed the Pope and spoke about the solidarity between the Catholic Church and the country of Portugal, especially during this time of economic crisis.
The Pope gave an opening speech thanking President Silva and addressing the people of Portugal. His message made a number of references to hope and also touched on Fatima, which will be a key visit for the Holy Father.  Here are his opening remarks:

OFFICIAL RECEPTION ADDRESS OF HIS HOLINESS BENEDICT XVI Lisbon Portela International Airport Dear Brother Bishops, Ladies and Gentlemen, Only now has it been possible for me to accept the kind invitations of the President and my Brother Bishops to visit this beloved and ancient Nation, which this year is celebrating the centenary of the proclamation of the Republic.  As I set foot on Portuguese soil for the first time since Divine Providence called me to the See of Peter, I feel greatly honoured and I am moved to gratitude by the respectful and hospitable presence of all of you.  I thank you, Mr President, for your kind words of welcome, giving voice to the sentiments and the hopes of the beloved Portuguese people.  To all, whatever their faith or religion, I extend a greeting in friendship, especially to those who were unable to be here to meet me.  I come as a pilgrim to Our Lady of Fatima, having received from on high the mission to strengthen my brothers as they advance along their pilgrim journey to heaven. Continue Reading 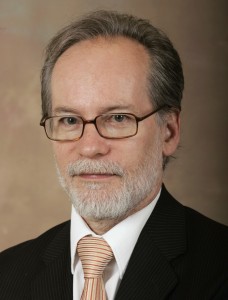 After delivering his remarks the Pope proceeded to his next destination in the Pope-mobile  to his next destination, the Monastery of Jeronimo, a beautiful Unesco World Heritage Site. This Church and Monastery is the place where Portuguese explorer Vasco da Gama prayed before setting sail for the Americas. After this the Pope made a courtesy visit to the Presidential Palace where he met with President Silva. Our host Matthew Harrison had a chance to speak to John Thavis, Catholic News Service Rome Bureau Chief who is part of the Vatican Press Corp on this trip to Portugal. Mr. Thavis gave us some insight into the discussion that took place between the Holy Father and the press during the flight from Rome to Lisbon. The Pope was asked several questions about the themes of trip and then he gave an interesting answer when asked if he believes  the current clergy sex abuse crisis could be linked the third secret of Fatima which foresaw a suffering in the Church. The Pontiff answered that yes, the scandal is a form of suffering for the Church.  John Thavis explains in his CNS article:

Pope says sex abuse crisis is 'terrifying' example of church failings By John Thavis Catholic News Service ABOARD THE PAPAL FLIGHT TO PORTUGAL (CNS) -- Pope Benedict XVI said the priestly sex abuse scandal is a "terrifying" crisis that comes from inside the church -- not from an outside attack -- and requires purification and penance to overcome. Asked if the message of Fatima, which foresaw times of trials and suffering for the church, could be applied to the sex abuse crisis, the pope said essentially that it could. "Today we can discover in this message that attacks on the pope and the church come not only from the outside, but the suffering of the church comes from inside the church, from sins that exist inside the church," he said. Continue Reading

Continue to join us today for full coverage of the Pope's day in Lisbon, he'll be celebrating Mass in the Terreiro do Paco later today at 1:15 pm ET. And be sure to join us for the next coming days as the Pope continues his visit to Fatima and then Porto.