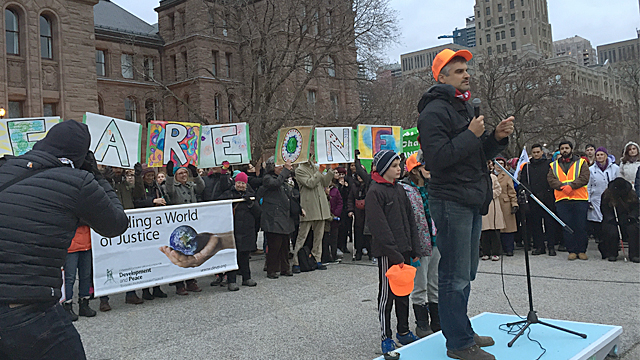 In the lead up to COP21—the landmark international climate change summit in Paris—a massive climate mobilization has started happening around the world.
On Sunday, November 29 at Queen’s Park in downtown Toronto, an event called “Light the Way to Climate Action” saw thousands of people come together of all faiths and backgrounds to stand in solidarity with millions around the world.
The Catholic Climate Movement inspired this global act of solidarity.  Over the past few months they’ve gathered close to a million signatures of Catholic bishops, priests and lay people who care about climate change and want to encourage their governments to take bold action.
The event on Sunday at the Ontario Legislature was a resounding success.  Many more people than were expected showed up for a march through Queen’s Park and a spiral dance.  The message was clear: no to fossil fuels, yes to clean energy.  Statistics show that over 80% of Canadians believe the federal government should lead the way in Canada’s efforts to lower emissions and transition to clean energy.  With the publication of Pope Francis’ encyclical Laudato Si’, and the Catholic Climate Movement, the Catholic Church has become an important voice on the world stage in the battle against climate change.
Here's an interview we did with Luke Stocking of Development and Peace:
Check out some photos from the event on Sunday! 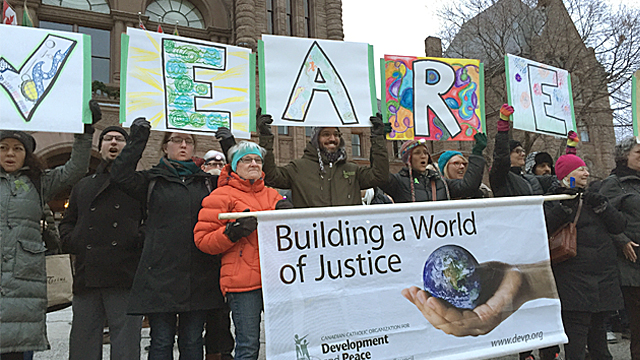 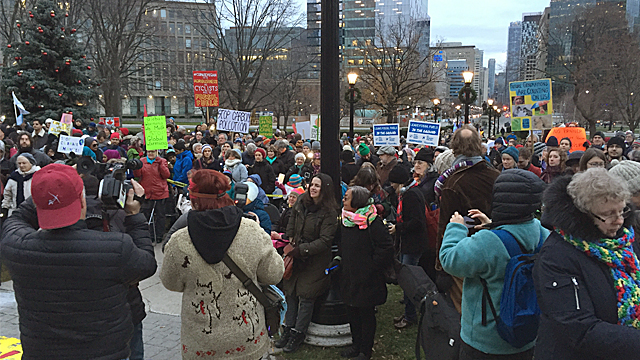 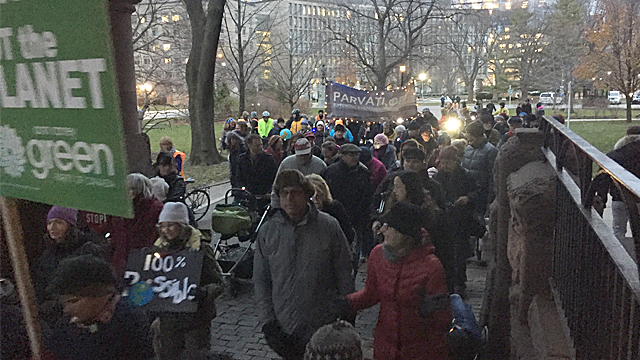