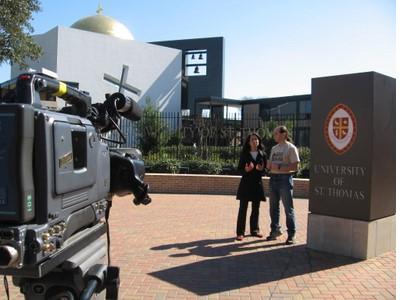 Recently I was back at York University (it’s been a long time) for an event and I heard the University being referred to as a “liberal arts school”. I had never thought of York as a liberal arts school. Of course, I was there studying theatre and was very much immersed in their conservatory program. At the same time, it’s true that all students were required to take a social science, a natural science and a humanities course, and several other courses outside of our own faculty and department. I guess that made our education a liberal arts one.
It made me think of my high school education. I am an I.B. grad. The International Baccalaureate is an internationally recognised university preparatory diploma, which requires the students to take one course in each of the following areas: humanities, maths, sciences, arts and two language courses. On top of this, in order to graduate the students have to engage in at least one semester of a social service activity, a creative activity and a service to the college community. I must say, I was very proud of the well-rounded education I received.Last month a few of us from S+L TV spent a week at the University of St. Thomas in Houston Texas. UST is a Basilian University and it provides its students with a very strong liberal arts education.Had you asked me before I went to UST what a Catholic University looked like, I would’ve said that it would be like Franciscan University in Steubenville, Thomas Aquinas College, or Our Lady Seat of Wisdom, right here in our very own back yard, in Barry’s Bay, Ontario. What I found was very different.I had read that all major universities in the U.S. were founded by Christians, for Christian purposes: Yale, Harvard, Princeton and Columbia (which was founded as King’s College). In fact, what I learned was that the university concept was a truly Christian one – as learning about God, requires learning about Scripture and Nature and learning about these, requires a well-rounded knowledge of a lot of things. So that was a pretty new concept for me: that the University, at its core, is a Catholic Institution. 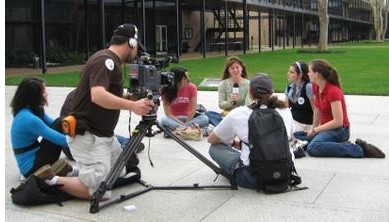 And it makes sense: universities are a place where we search for truth, for meaning. If all we are doing is focusing on one particular aspect of vocational training, with the hopes of landing a good career, we may end up as good engineers, lawyers or teachers, but how does that prepare us for life in general? How does that make us better, wise people?Well, I certainly believe that having gone through the IB program made me a better student, and having been required to take sciences and humanities in order to get my theatre degree, makes me a better theatre-person. It’s true, York University is not a Catholic institution in the least, but the very fact that they have a core curriculum means that their approach to education is a universal one and that, in itself is Catholic.Watch the two-part Catholic Focus, “From the Heart of the Church: The Catholic University,” hosted by yours truly and Mary Rose Bacani, airing tonight, March 27, at 7pm and 11pm ET.  In the first part we look at the tradition of Catholic post-secondary education, and tomorrow night, Friday, March 28 at the same times, we look at what a Catholic University looks like.And send us your comments; about your experiences with education and what university you attended and why, we love to hear from you.Pedro