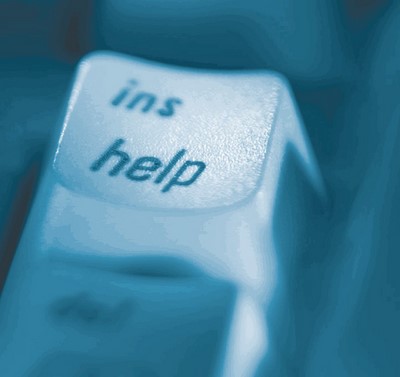 This year some friends and I decided to have a Lent Support Group. Our reasoning was that it's really easy to forget or slip up on our Lenten promises when it's just between me and God....yes, he sees all but he can't exactly smack your hand when you reach for the chocolate or shoot you a dirty look when you complain about your sister-in-law. That doesn't mean not complaining or walking past the chocolate is any more pleasant, it's just easier to stick to it when you know that first thing in the morning someone at the office will ask you "So?" or after dinner someone will call wanting to know how the non-complaining went today. The other key component in this support group is the support. E-mails fly back and forth across the continent in this support group with inspirational messages, guidance, and words to meditate on.
In the last one of these e-mails one of my friends shared her experience and unwittingly helped me refocus on my intent to be penitent this Lent. She said that she was really struggling with her Lenten promise. The habit she was giving up was so ingrained in her, or more accurately, so easy to slip into thoughtlessly that she kept catching herself doing and saying that which she promised she would not. Instead of beating herself up over it she would catch herself in those moments and redirect her attention, saying to God, "That's enough of me talking, what's up Lord?" and fill that time and energy that would normally be wasted on useless complaining with attention to God.I see the genius in her tactic (okay, it wasn't her idea, it was divinely inspired). Firstly, if you redirect yourself to God every time you slip up - let's be honest- you're going to be talking to Him more or less every 15 to 20 minutes. In daily life when you talk to someone every 15 to 20 minutes we call that a relationship. Now do the math; if you talk to God (and by "talk" I mean turn to him and say "I've talked too much, you talk now") every 20 minutes, daily for forty days ,by the end of those 40 days you're in a serious relationship. (N.B. this logic and 40 day time-line does not necessarily apply equally to human relationships. But you get the picture) THAT is the whole point of Lent; growth through the pruning of our dead ends and redirecting of our energy from negative stuff towards placing ourselves in God's presence.We don't need to beat ourselves up for our failures and false-starts because we are only human. We just need to make an honest attempt, redirect ourselves, refocus the lens on the camera, say "your turn!" and He will step in and do the rest. That's the miracle of Lent.