KofC Phoenix: Wrapping Up in Phoenix 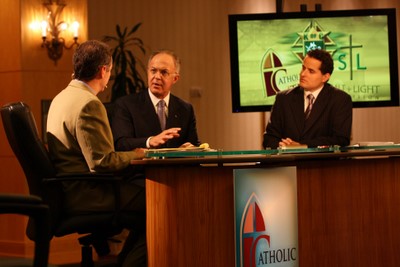 This year's Supreme Convention of the Knights of Columbus went off smoothly, as always. I can only imagine what it must take to put together an event of this size and have it go off without a hitch. Our live coverage, too went amazingly well thanks, of course to our stellar team of technicians and cameramen, and the help of the Knights' Communications department. There were a few highlights, among them the live interview of Supreme Knight Carl Anderson at our broadcast desk. Mr. Anderson unveiled his latest book, Our Lady of Guadalupe: Mother of the Civilization of Love. A personal highlight for me was interviewing Archbishop Dolan of New York for Zoom. I was working in Milwaukee when Archbishop Dolan was incharge in that Archdiocese, and attended Masses in the Pastoral Centre over which he presided, but never got to meet him personally because of conflicting schedules. What a treat it was to interview him and what an amazing interview he gave! Another highlight here was seeing how many countries are now represented in the Knights of Columbus family. At the States dinner on Tuesday August 4th, the national anthems of Cuba, Puerto Rico, Mexico, Phillipines and Poland were sung in addition to the Canadian, American and Vatican anthems. Canadian Knights, it was reported, sponsored four Cuban delegates to come and attend the Convention. Cuban delegates attended the convention in Quebec City last year, but this was the first time they were able to attend a Supreme Convention held in the United States. It was a phenomal sign that the Church in Cuba is alive, well and growing. 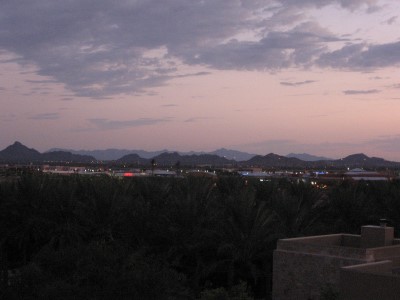 Other highlights, of course include the location. We can't forget that we've just spent five days in Phoenix. The dry, oven-like heat would envelop us even at 9pm when we finally got a well deserved chance to take a break and head outside. As well, the hotel has a stunning view of the desert mountains! Now it is time to pack up and head home to thunderstorms and rain, thankful that we got a peek at summer and a peek and just what the Knights do for the Church and how much the Church needs the Knights and strong lay leadership. From Phoenix, "that's a wrap."