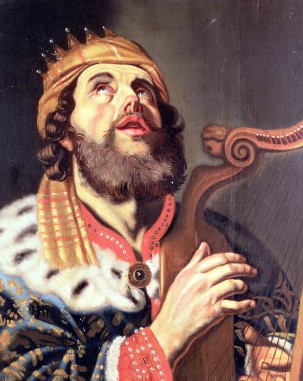 I have been busy reading up on the life of King David recently. One of the characteristics that impressed me about David was how he handled anger. We all get angry at times. Sometimes anger is justified, and even called for. Think of a Jewish person who lost their family in the Holocaust or the parent whose child was abused. Then there are more everyday matters which still call for righteous anger such as being bullied in school or witnessing racism and prejudice.
In Psalm 10 David expresses his anger. He is infuriated at what the wicked people of his time are doing to the poor and innocent. David demonstrates well the best way to handle righteous anger; he takes it to the Lord. He begs for God’s intercession on behalf of the victims -- many of whom are silenced due to fears of retribution. I find it interesting that this Psalm was written when David was King. Despite his all-powerful position David does not resort to strong arm tactics or a violent outburst. Instead he asks God to intercede. For those who struggle with injustices and hurts in their own lives this is the recipe for emotional healing and maintaining a pure heart and faith. In the Salt + Light film Road of Hope: The Spiritual Journey of Cardinal Nguyen van Thuan one of the aspects of Thuan’s life that was left on the cutting room floor was his great struggle with righteous anger. One of his close friends and confidants shared with me that Thuan’s knuckles would often turn white when the names of individuals who betrayed his family came up in conversation. However, he was able to transform that anger into passionate service and love for others through his appeals to God in prayer. The wails of King David, the clenched fists of Van Thuan, the greatest men of faith in history give testimony that anger is part and parcel of our human condition, but that it can be conquered through faith and prayer.