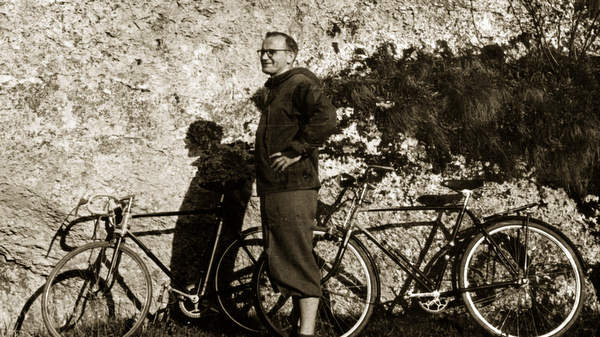 Father Karol Wojtyla is pictured next to bicycles during an outing in Poland in the early 1950s. His strong interest in outdoor activities continued through his years as Pope John Paul II, until the effects of age kept him away from strenuous pursuits.  Pope John Paul together with Pope John XXIII will be declared saints on April 27, 2014. (CNS photo)