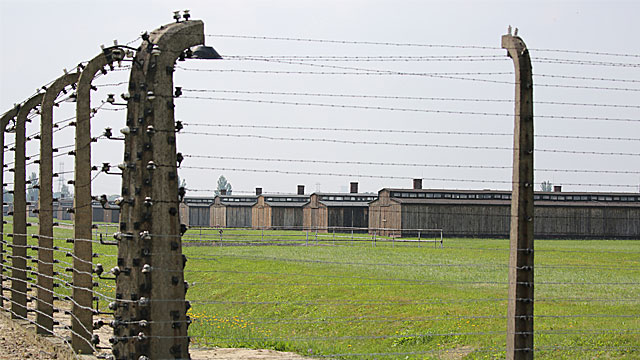 July 29, 2016 Ottawa, ON – Today, His Holiness Pope Francis will visit the Auschwitz-Birkenau concentration camp in Poland. The Pope’s visit is an important occasion to recall the terrible consequences of hatred and indifference in the world. This will mark the third papal visit to the infamous site, following in the footsteps of Saint John Paul II and Pope Emeritus Benedict XVI. The visit is in keeping with the papal record over the past half century of fostering Catholic-Jewish ties and speaking out against antisemitism, as well as other forms of hatred, intolerance, terrorism, and modern manifestations of genocide. Shimon Koffler Fogel, Chief Executive Officer of the Centre for Israel and Jewish Affairs (CIJA) remarked: “Today’s papal visit is a vital statement about the dangers of antisemitism, the duty to remember, and the imperative to speak out against genocide in our own time. We commend Pope Francis and our friends in the Catholic community for taking a strong stand against antisemitism, which poses a resurgent challenge in Europe and elsewhere. On this as on a range of issues, His Holiness has proven a principled leader who has inspired many beyond the Catholic Church. The Jewish community is appreciative that the Pope has today marked another milestone in Jewish-Catholic relations.” Commenting on the occasion, the Most Reverend Douglas Crosby, O.M.I., Bishop of Hamilton and President of the Canadian Conference of Catholic Bishops (CCCB) said: “Can words ever properly convey the horrors which humanity and, in particular, the Jewish people experienced at Auschwitz? How does one begin to describe the evil and darkness which erupted so ferociously and mercilessly? When reflecting on Auschwitz each human being, through love, compassion, and truth, is challenged to plunge into the depths of their heart and confront the seeds of malice and intolerance, and to expose the contaminated soil of enmity which continues to plague humanity. When the heart and soul are corrupted by the diseases of hatred and indifference, their fruit brings forward so much suffering and despair in our world. But when transformed by faith and loving kindness, the soul and heart reap a harvest of hope, reconciliation and solidarity.” The President of the Canadian Conference of Catholic Bishops and the Chief Executive Officer of the Centre for Israel and Jewish Affairs implore all people of good will to remember the past, not only with sadness and mourning, but as a lesson and a call to action. In so doing, today’s generation can learn the importance of vigilance in confronting hatred, and the imperative to work together to plant the seeds of a more just and loving society. Mr. Shimon Koffler Fogel Chief Executive Officer Centre for Israel and Jewish Affairs (CIJA) The Most Rev. Douglas Crosby, OMI Bishop of Hamilton and President of the Canadian Conference of Catholic Bishops