John Thavis in studio to discuss Amoris Laetitia and more 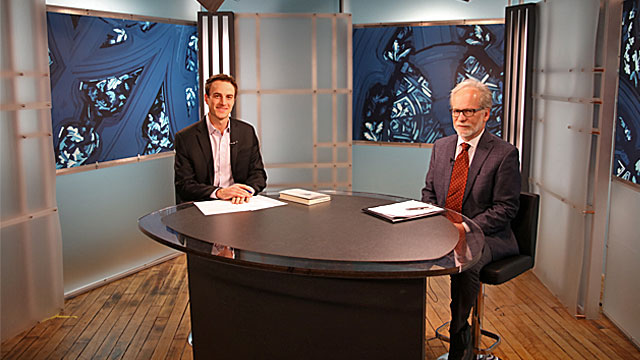 Perspectives: The Weekly Edition Catholic Update with John Thavis Friday, May 6th at 7:00pmET
A month after the release of Pope Francis’ apostolic exhortation Amoris Laetitia (the Joy of Love), renowned Catholic journalist and author John Thavis is in studio to break down the contentious issues and discuss the implications of this new magisterial teaching. Amoris Laetitia is the final product of a more than two-year synodal process initiated by Pope Francis in the fall of 2013.  Two synods of bishops were held in Rome in October 2014 and 2015 to discuss the pastoral challenges facing families around the world, in their particular cultural contexts.  Significant debate took place inside the Synod hall and publically in the media, as bishops tried to navigate the muddy waters of complex marital and familial situations while upholding the ideal of traditional marriage. Two positions emerged clearly.  The majority of bishops, following the impulse of Pope Francis, pushed for a more pastoral, merciful approach in attitude and action when dealing with challenging situations.  The shift from the more traditional articulations of the Church’s teachings on marriage and family life typical of JPII and Benedict XVI was one of emphasis more than substance.  As Pope Francis stated clearly on the first Tuesday of the 2015 Synod, “Catholic teaching on marriage has not been put into question.”  At stake was the attitude with which the Church approaches and deals with people in their particular circumstances. A minority of bishops pushed back against this development.  Their argument was essentially the “slippery slope” theory.  Present too much of a pastoral, merciful attitude to families in difficult situations and it will lead the Church down the dangerous path of relativizing the doctrine of marriage, giving the false impression that traditional marriage is an unattainable ideal. The final document that emerged from the 2015 Synod was deemed unsatisfactory by the hardline minority bishops, in particular a few paragraphs that did not reaffirm the traditional teaching of JPII and Benedict that no divorced and remarried Catholics who have not obtained an annulment can receive Communion.  And yet, each paragraph of the final document received the necessary two-thirds majority vote to be considered “approved” by the synod and ready to hand over to Pope Francis. Five months later Francis issued Amoris Laetitia, the authoritative teaching by the pope and the synod on the family.  Filled with so much of what the bishops discussed during those weeks in Rome last year, yet characteristically “Francis” in language and style, the document represents a new chapter in magisterial teaching and synodality in the Church. Needless to say, we’re happy to welcome the former Rome Bureau Chief of Catholic News Service John Thavis to the S+L studios for Perspectives: The Weekly Edition, to analyze the synodal journey and the implications for the Church’s pastoral outreach.  In this episode we will also discuss Francis’ solidarity visit to the refugees in Lesbos, Greece, Bernie Sanders’ surprise invitation to the Vatican and possible implications of the US presidential campaign for the Church.

John Thavis is bestselling author of "The Vatican Diaries."  His latest book, "The Vatican Prophecies: Investigating Supernatural Signs, Apparitions, and Miracles in the Modern Age," will be featured on S+L’s new book show Subject Matters on Sunday, June 5 at 8:30pmET