Jesus versus the zombies 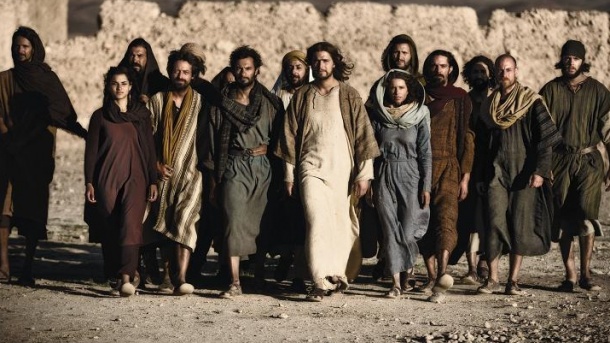 The headlines proclaimed an epic showdown: Jesus versus the zombies. This wasn’t an imaginative retelling of a familiar story (an increasingly popular subgenre of historical fiction). Rather, this was a battle for cable TV ratings, pitting “The Bible” miniseries on the History channel against AMC’s zombie hit “The Walking Dead”. When their season finales aired head-to-head on Easter Sunday, “The Bible” edged its macabre competitor 12.32 million to 12.29 million. By now, Hollywood surely gets that there is an enthusiastic audience for programming with a Christian message. Still, adapting the whole Bible for TV — as opposed to one particular book of Scripture — was an ambitious, big-budget endeavour. So the executive producers, reality TV mastermind Mark Burnett and his wife Roma Downey of "Touched by An Angel" fame, embarked on a major publicity tour to preview the project to the media and church communities. Salt + Light's Kris Dmytrenko interviewed the duo when they came to Toronto. Though the finale has aired, Burnett and Downey insist it’s only the beginning for "The Bible". A Spanish version and a theatrical cut are planned and DVD sales are underway. You can watch our interview with the makers of "The Bible" series on tonight’s new episode of Catholic Focus. The program, which debuts the new look for S+L's long-running current affairs show, airs at 7:00 and 11:00 pm ET/8:00 pm PT, repeating at the same times this Saturday. - Photo credit: A+E Networks, LLC/Joe Alblas