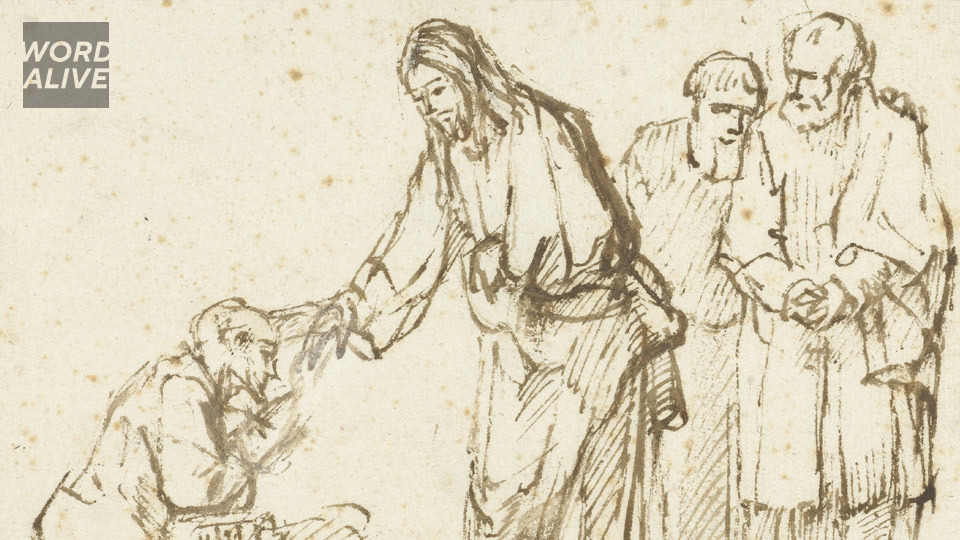 A reflection for the Sixth Sunday in Ordinary Time, Year B

One of the most lasting images of Pope Francis which profoundly touched many people when it was beamed in the news was his encounter with Vinicio Riva. Vinicio suffers from the genetic disease neurofibromatosis, a condition which has left him disfigured and covered from head-to-toe in non-contagious, itchy, sore-like growths. When Pope Francis saw Vinicio in the audience, seated on a wheelchair, he deliberately went to him, embraced him, held him tightly to himself for some time, and covered him with kisses. In an interview which Vinicio granted to TheDaily Mail, a London-based newspaper, he recalled the impact of this meeting in these words:

"His hands were so soft. And his smile was so clear and open. But the thing that struck me most is that there has not been thinking about whether or not to hug me. I'm not contagious, but he did not know. But he just did it: he caressed me all over my face, and as he did, I felt only love."

He goes on to speak about this moment of mutual encounter and intimacy:

"First, I kissed his hand while he, with the other hand, caressed my head and wounds. Then he drew me to him in a strong embrace, kissing my face. My head was against his chest his arms were wrapped around me. It lasted just over a minute, but to me it seemed like an eternity."

Vinicio recalls that for him the meeting with Pope Francis, though lasting for a few minutes was a turning point in his life and marked a new beginning. Vinicio’s wounds did not suddenly disappear. However, this was an encounter that was life-giving and grace-filled; it was deep, intimate, and heart-felt. As a result of this meeting, Vinicio felt a new experience of God’s love: a new irruption of light in the darkness of his life and a new experience of healing and recovery. As he recalled telling his aunt as they left St Peter’s Square, “Here I leave my pain.” When I read the healing of the leper in this Sunday’s Gospel, this powerful gesture of Pope Francis came to mind. In this Gospel reading, Jesus touches an untouchable. Jesus transgresses the boundaries of social, cultural, and religious exclusions to touch a leper who was a social, cultural, and religious outcast. The leper transgresses the social, religious, and cultural exclusionary boundaries imposed on him in order to come to Jesus. His faith and courage were stronger than these humanly constructed boundaries. There is a meeting of two desires in this miracle. The first, the desire of the leprous man built on a strong faith that Jesus would heal him and change his condition. The second, the desire of Jesus moved by pity to heal this man in order to restore his humanity, dignity, and health and thus reintegrate him into society.  When we come to Jesus with faith and trust, healing grace, mercy, and transformation take place in our lives. This is one of the many miracles which Jesus did recorded in the Scriptures which reminds us of the transforming experience of the touch of Jesus and the touch of someone who cares. In many instances, he heals simply by a command, but in the case of the leper, he heals by touching the festering wounds in this man’s body. This is significant and symbolic. According to the Gospel text, Jesus was moved to compassion or to pity. This is the translation of the Greek word splangchnizomai (to be inwardly touched, moved strongly in one’s bowels — because the bowels were taken in the time of Jesus to be the seat of human compassion). God is touched by our human condition; Jesus is moved by what pains or ails me today and wishes to step into the situation to heal us and restore what is broken. We all know of such terms as "tender loving care"—TLC, "human touch", etc. Psychologists tell us that touch is the most primitive and pervasive human sense. Human touch helps us to connect with the world around us, and touch plays an integrative part for biological, cognitive, and social development. Neuroscientists tell us also that touch is the first sense to develop and respond to stimulus in the uterus during 8-14 weeks of gestation. So humans are profoundly affected through the touch of God and the touch of one another.  Human touch and contact with another is very powerful especially for those who feel excluded from society and from God. When Jesus touched this leper, he was not only breaking cultural and religious barriers, but he also stimulated in this man a sense of being accepted, a sense of being loved, and a sense of being connected to reality in all its fullness. It was the same feeling which Vinicio felt when Pope Francis touched him. Jesus teaches us today that having pity for the suffering of others is not enough. We Christians must step into the world of the poor and of human suffering. We should make direct, intimate, and personal contact with people who need us and thus help to heal the wounds in the lives of many and in our own lives, because we are all wounded. We must extend a loving and caring touch to people and feel their pulse and embrace them with the warmth of human and divine love. Pity is never enough. Today, modern science has found a cure for leprosy, but our modern world has not found the cure for all kinds of exclusionary practices in our societies, practices sometimes promoted and legitimated even in our churches. We must ask the Lord to help us to reach out to today’s lepers in our churches and societies: the ex-convicts, people with mental health issues, the drug addict, the alcoholic, the immigrant, the divorced and remarried who are denied communion, the person with same-sex attraction, the sinner, the HIV/AIDS sufferer, the pregnant teenager in our family or neighbourhood, those who are living together without marriage, and the poor and rejected in our world today. The list could also include me or any of the readers of this reflection. Maybe there have been times in your life when you felt that you do not belong because of your race, sex, sexuality, creed, or mistakes.  There is hope for all who come to Jesus. This is why Pope Francis is calling us to a culture of encounter with people, especially those on the margins. We must reach out to so many people suffering in our world from exclusion. This is because the Church is called to be a welcoming community of faith where everyone has a sense of belonging and a deep experience of love.

Fr. Stan Chu Ilo is a research scholar at the Center for World Catholicism and Intercultural Theology, DePaul University, Chicago. His latest book published by the Paulist Press is titled Someone Beautiful to God: Finding the Light of Faith in a Wounded World.