It’s all about Focus… 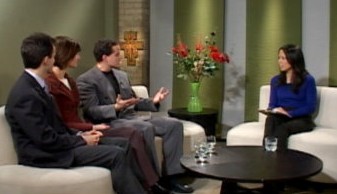 Did you know?… that the very first Focus episode, which was on nuclear weapons, aired on October 25th, 2005, and was co-hosted by David Naglieri and John Ignatowicz?… that originally Catholic Focus/Focus Catholique was going to be called “Gaudium et Spes” after the Vatican II document?… that at least 10 people were once hosts AND that presently, there are 9 regular hosts and one on-and-off star who happens to be Salt + Light CEO, Fr. Thomas Rosica, CSB?… that Focus topics have included the Church’s view on aliens, water, comedy, and Hollywood films?… that Kris Dmytrenko, a Focus producer, has had film shoots ruined by a zamboni and the non-stop honking of a taxi cab strike AND has interviewed three provincial party leaders, three federal MPs (past and present) and one former Supreme Court judge in 2007?… that the only Focus producer to have cried during an in-studio interview AND to have produced an episode modeled after the TV drama CSI is Pedro Guevara Mann?... that two people got to know each other as separate guests in an episode produced by Michèle Nuzzo and the result – a 2008 wedding!… that Focus Catholique producer Sébastien Lacroix is the greatest at doing travel arrangements when filming outside of Toronto AND is unbeatable at organizing enjoyable stays at different religious houses and parishes?… that Matthew Harrison can’t stop having at least one priest a part of each Focus episode he produces?… and, alas, for Focus, that I have dressed up as an artsy lady eating persimmon, have twiddled my thumbs in a super close-up, and have sat on a life-size ceramic cow? 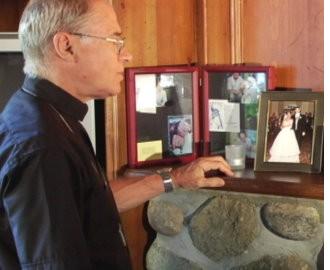 Yes, Catholic Focus and Focus Catholique are the half-hour shows that enable the Salt + Light producers to tackle many topics from a Catholic perspective. Believe it or not, we producers would cover anything and do anything (within moral and legal bounds) for Focus, and are proud to say we have produced 200 episodes. 200!! And so to celebrate, what is the next logical thing but to produce a Catholic Focus episode about it? Welcome to Focus: Celebrating 200 Episodes, where I speak to fellow Focus hosts Jasmin Lemieux-Lefebvre, David Naglieri, and Gillian Kantor about some of their Focus highlights.You’ll get a peek at clips from some of their favourite Catholic Focus and Focus Catholique episodes -- and I won’t say which ones. Also, one of my great joys from working on this episode was hearing from various viewers across Canada about what Focus has meant to them. Take a look at these comments:

Paul, ON: “…Thank you for putting the truth to images and words…”Alice, SK: “…I feel blessed to have the opportunity to watch Catholic Focus. I especially enjoy Focus Catholique. It gives me an opportunity to renew my faith in my mother tongue.”Barb, BC: “…I really would like to commend the efforts of Salt and Light on bringing depression into light on Catholic Focus…”Ray, ON: “…You hit a home-run with your back-to-back programs about euthanasia…”Paolo, QC: “…Catholic Focus for me is something enjoyable, truthful and inspirational. Thank you and God bless…” 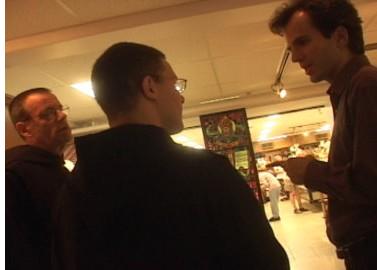 So, share in our joy, start off the new year right and tune in! Watch “Celebrating 200 Episodes” tonight, Wednesday January 9th, at 7 and 11 pm ET. If you miss it the first time around, you can see an encore presentation on Sunday, January 13th at the same times.