"It is with great joy that I announce..."

Pope Benedict XVI stirred excitement at the end of his general audience today. He announced that he will be elevating 24 prelates to the rank of Cardinal. The red hat will be going to: 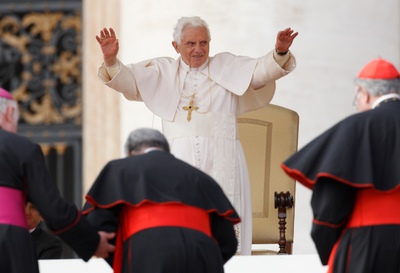 Pope Benedict also announced the elevation of three prelates who are over the age of 80 and will be ineligible to vote in a conclave. They are: The newly announced Cardinals will receive their rings and red zucchettos from the Holy Father during a special ceremony in Rome on November 20th. - Photo: CNS/Paul Haring