Is there still such a thing as Indulgences? 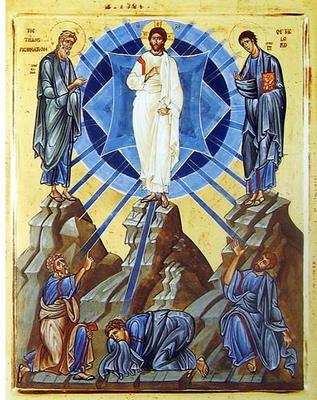 The Church’s teaching on indulgences is very ancient and the basis for the original understanding of indulgences still stands. But over the centuries, the doctrine and practice suffered many unfortunate abuses, so upon the conclusion of the Second Vatican Council, Pope Paul VI formed a Commission to study the topic thoroughly. On January 1, 1967 a Apostolic Constitution (Indulgentiarum doctrina) was promulgated which constitutes the Church’s doctrine on indulgences for our time. Every sin entails an unhealthy attachment to creation which must be purified either on earth, or after death in the state called Purgatory. It is fundamental to Catholic teaching that sin deserves punishment and that full remission of sin includes restoration of friendship with God through forgiveness and repair of the damage which sin causes. The Vatican document cites several biblical sources that substantiate this conviction:
As a consequence of the sin of our first parents, God pronounced: “I shall multiply your pains . . . Accursed be the soil . . . With suffering shall you eat your food . . . With sweat on your brow shall you eat your bread until you return to the soil . . . For dust you are and to dust you shall return” (Gen. 3:16-19). Paul writes to the Romans: “Pain and suffering will come to every human being who employs himself in evil” (Rom. 2:9). And who could ever forget these words in the parable about the Last Judgment? “Go away from me with your curse upon you, to the eternal fire prepared for the devil and his angels” (Matt. 25:41). Clearly then, friendship with God can be reestablished only by sincere conversion. The Church’s doctrine on Purgatory also demonstrates that punishment for the vestiges of sin must be expiated or cleansed after death.Forgiveness is received in the Sacrament of Reconciliation. But expiation (making amends, making reparation, atonement) of the temporal punishment due to sin is the domain of indulgences. An indulgence is the remission before God of the temporal punishment due sins already forgiven (Indulgentiarum doctrina Norm 1, or Catechism of the Catholic Church, herein CCC, 1471). Through indulgences, the Church applies its power as minister of the fruits of Christ's redemption. In granting indulgences, the Church aims not only to help the faithful to expiate the punishment due sin but also to urge them to perform works of piety, penitence and charity – particularly those which lead to growth in faith and which favor the common good.An indulgence is partial or plenary according as it removes either part or all of the temporal punishment due sin.The Church’s teaching on the Communion of Saints and the unity of the Mystical Body of Christ is at the very heart of the theology of indulgences. In other words, there exists among the baptized, a supernatural solidarity whereby the sin of one harms the others just as the holiness of one also benefits the others. In Christ, the life of each individual child of God is joined by a wonderful link to the life of all Christ’s other brothers and sisters in the supernatural unity of the Mystical Body of Christ until, as it were, a single mystical person is formed.Thus the Christian faithful give each other mutual aid to attain their supernatural goal. A testimony of this solidarity is manifested in Adam, whose sin is passed on through propagation to all humans. And the most perfect example of this principle is Christ Himself – into communion with Whom, God has called us.Following in the footsteps of Christ, the Christian faithful are called to help one another through prayer, charity, (and as we see here, by indulgences), to assist in expiation of sin. The more we are immersed in charity, the more we imitate Christ in His sufferings, carrying each other’s crosses in expiation for our own sins and those of others. 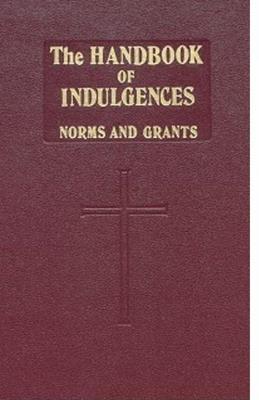 Thus is explained what is termed the "treasury of the Church" which certainly is not the sum total of material goods accumulated over the centuries, but the infinite and inexhaustible value of what Christ’s death and resurrection accomplished so that we might be set free from sin and once more united in friendship with God. It is Christ the Redeemer Himself in whom the satisfactions and merits of His redemption exist. But to this “treasury” the Church also “adds” the prayers and good works of the Blessed Virgin Mary and all the saints, who following in the footsteps of Christ, sanctified their lives and fulfilled the mission entrusted to them by the Father. Thus, while attaining their own salvation, they also cooperated in the salvation of their brothers and sisters in the unity of the Mystical Body.So there exists between the faithful who have already reached their heavenly home, those who are expiating their sins in purgatory and those who are still pilgrims on earth, a link of charity and an exchange of merit by which, repentant sinners may participate as soon as possible in the full enjoyment of the benefits of the family of God.The Church teaches that it is not by our own powers that we can remedy the harm we do to ourselves by sin, nor is it by our own merits alone that the sins of our brothers and sisters are remitted. It is the entire Church as a single body united to Christ its Head that brings about satisfaction. Indulgences show us how closely we are united to each other in Christ, and how the supernatural life of each can benefit others. Therefore the use of indulgences effectively influences and demonstrates charity in us.The Magisterium defines certain actions by which the faithful may “gain” an indulgence. There are a few conditions required for a plenary indulgence: Sacramental Confession, Eucharistic Communion and prayer for the intentions of the Holy Father. Also, to acquire an indulgence, it is required that prescribed works be performed with the intention of gaining the indulgence, that the faithful have the necessary dispositions, that they love God, detest and are detached from sin, place their trust in the merits of Christ and believe firmly in the great assistance they derive from the Communion of Saints. Partial indulgences do not require a confession, but require a “contrite heart” towards one’s sins. Indulgences are granted both for the living and (through the living) for the dead.Yes, there still is such a “thing” as indulgences. Indulgences are merely another way of pointing to the care we take to achieve Heaven ourselves; another way of showing love for our brothers and sisters; another way of rejoicing in God’s friendship in God’s family!