Integral Ecology and the Horizon of Hope: Concern for the Poor and for Creation in the Ministry of Pope Francis 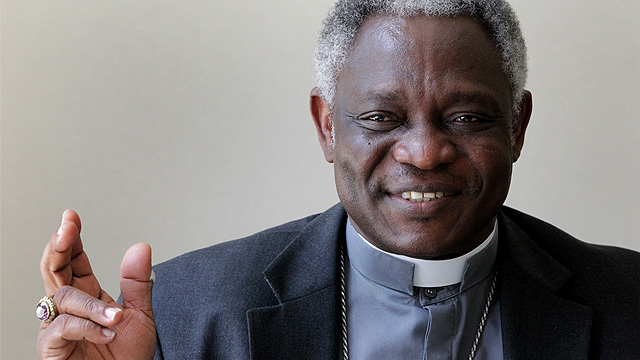 Pope Francis' universal prayer intention for April is for Creation: That people may learn to respect creation and care for it as a gift of God. The environment is a topic that many do not expect the Church to be vocal on, but if you followed Pope Benedict's many addresses, you would know that he spoke about the environment and ecology quite often. We also know that the topic is close to Pope Francis' heart: Pope Francis' second Encyclical will be on this very topic.
This is very exciting for us at S+L and especially for me, since for the last four years, I have been working on a six-part documentary series titled Creation, that looks at the ecological teachings of the Catholic Church.
If you're wondering what those teachings are, recently, Cardinal Peter Turkson, President of the Pontifical Council for Justice and Peace (the council under which the encyclical will be released), delivered the Trócaire 2015 Lenten Lecture at Saint Patrick’s Pontifical University in Maynooth, Ireland. Trócare is the overseas aid agency of the Irish Catholic Bishops’ Conference. The Trócaire theme for Lent 2015 highlights the growing problem of drought as a result of climate change. Cardinal Turkson's address was titled  Integral Ecology and the Horizon of Hope: Concern for the Poor and for Creation in the Ministry of Pope Francis. This address gives us a very good idea of what Pope Francis' encyclical's content and direction will be.