Brother André: Inspired by the First Saint in our family of Bessettes

Welcome to the fifth of a series of blogs on the legacy of Brother André! We are three weeks away from the Canonization of Brother André Bessette, and the excitement is mounting! It is now time to introduce to you Brother Fernand Bessette, CSC, a distant relative of Brother André.
During the pre-production stage of the documentary on Br. André, I was looking for someone from the Bessette family who could speak about him. Fr. Mario Lachapelle, Vice Postulator for the Canonization of Br. André, told me about Br. Fernand, who is a Chaplain for Correctional Service Canada.  He works with prisoners. My first encounter with this relative of a saint was by phone, as I did my pre-interview.  I immediately felt his warmth and humility, and was so sure he would be a fantastic interview. I was right. You will hear from Br. Fernand in the film, but what you don’t hear about is his wonderful vocation story. Here are excerpts from his interview. 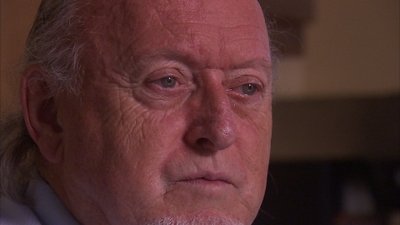 Mary Rose: How are you related to Br. André? Br. Fernand: I am a distant cousin of Br. André, from the same village he grew up in.  My nine brothers and sisters and I make up the tenth generation of Bessettes in Canada. Mary Rose: How do you see yourself living in the spirit of Br. André as a brother of Holy Cross? Br. Fernand: It’s important to say that my devotion to Br. André grew when my superiors sent me to India in 1969.  There I lived with another Holy Cross brother who had a great devotion to St. Joseph and to Br. André.   From this brother, I learned about Br. André’s love for the poor and unfortunate, and how India needs more people like him. Being a relative of Br. André, a fire kept burning within me.  In my last years in India, I decided to be with the L’Arche community, where people work with those who have developmental disabilities.  I guess my work in India, in Bangalore and at L’Arche, made me realize that perhaps I was doing something a little bit like what Br. André was doing here in Canada. Mary Rose: In the film we hear about your ministry to prisoners as the way you feel called to live out Br. André’s ministry of compassion.  How did you feel God calling you to this type of work? Br. Fernand: I have been “accompanying” prisoners since 2002.  On September 21st, 2001, ten days after Ground Zero in New York, the sisters of Holy Cross were inviting the priests and brothers to pray for the miracle needed for the beatification of Fr. Basil Moreau, our founder.  The priests and brothers decided to do a novena at Saint Joseph’s Oratory. On the first day of this novena, as I was going up the stairs of the Oratory, a group of women called out to me.  I turned and one of them asked, “Are you Br. Fernand Bessette?”  I said yes.  “Is it true that you are interested in working with prisoners?”  I said I didn’t remember saying that to anyone, but I decided to leave my business card with one of them. And so I went for Mass at the Oratory on that first day of the novena.  After Mass, as I was walking out, I heard my name again.  This time, it came from a group of men right in the middle of the Crypt.  I stopped and one of them asked, “Are you Br. Fernand Bessette?”  I said yes.  “Is it true that you are interested in working with prisoners?”  I said, Is this a joke?  You are the second group asking me this!  I left another business card with them. A few days later, I was invited to go with this group and meet a priest who was the coordinator of the chaplaincy of Correctional Service Canada or CSC.  Interestingly enough, I am a CSC brother with those same initials.  From there, I was sent to a penitentiary and from there I started accompanying prisoners in groups or circles as well as individually. Mary Rose: What do you have to offer these men? Br. Fernand: I have realized that God has given me a gift to meet with these people and to journey with them.  The more I look at my life, the more I see how God has prepared me from a young age to better understand these men.  And it is God in me who helps me make it possible for them to experience His tenderness and goodness.

Hear more from Br. Fernand Bessette in the upcoming Salt + Light documentary, God’s Doorkeeper:  St. André of Montreal, which premieres on October 17th at 9 pm ET.  Watch it on Salt + Light or via live streaming.  Visit www.saltandlighttv.org/brotherandre for more information.