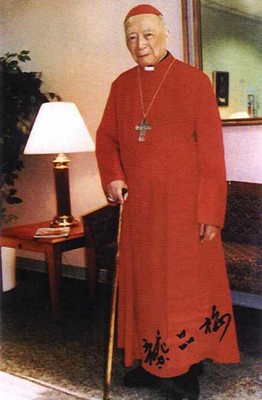 Church observers on the state of religious freedom in China were watching carefully last week as The United Nations Human Rights Council in Geneva conducted two days of hearings on China’s human rights record. Many human rights activists were hoping that Beijing might make some concessions even though its government is not required to follow any UN “recommendations”.
We are still waiting. Just some of the issues the UN Council plans addressed included: the persecution of human-rights defenders, domestic censorship, allegations of torture, last year's crackdown in Tibet, the country's one-child policy, and restrictions on religious freedom. There are an estimated 12 million Catholics in China but they face many restrictions under the Communist Government’s Chinese Catholic Patriotic Association which supervises the practice of the faith and does not allow full union with Rome. A great resource for information about the situation is the Cardinal Kung Foundation, named after the legendary Chinese cleric who spent 30 years in a communist prison and who inspired millions of Chinese Catholics through his steadfast faith and loyalty. Click HERE to visit the website. It is important for all of us to remember the plight of Chinese Catholics in our prayer intentions.