How to have a 'revivifying' vacation: The Pope's advice

The so-called staycation is becoming a popular option for many. It’s considerably more affordable to spend a week off in your own home, enjoying cultural activities you’ve never made time for or completing long-neglected household tasks. And doesn’t a morning spent reading the newspaper at the neighbourhood café sound more relaxing than preparing for travel? 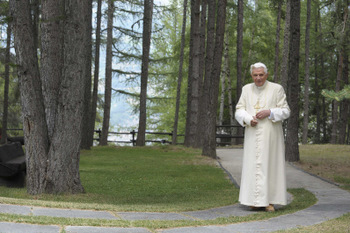 But a staycation isn’t the best option in sweltering Toronto, where 30°C temperatures are further intensified by the concrete and congestion. So when I went on vacation last week, I bolted three hours north to one of my favourite places in the world: Algonquin Park. There I completed a three-day backpacking trip along the Western Uplands trail. Unlike the park’s shorter day hikes, one can expect to see only a couple of people per day along the route. One is left alone with God and the wildlife. In previous years, Pope Benedict has retreated to the Italian Alps for his annual vacation. But this year he is taking somewhat of a staycation, residing just 25 km outside of Vatican City in his summer residence in Castel Gandoldo. Of course, for the Holy Father to travel far from Rome is logistically difficult. Yet for those who can head to nature, the Pope is encouraging them to do so:

“...I would like to recommend that during this time of vacation, you revivify your spirits by contemplating the splendors of Creation. Parents, teach your children to see nature, respect and protect it as a magnificent gift that presents to us the grandeur of the Creator! In speaking in parables, Jesus used the language of nature to explain to his disciples the mysteries of the Kingdom. May the images he uses become familiar to us!”

The Pope's comments were addressed to French-speaking pilgrims following the recitation of the Angelus on July 10th. In light of them, consider taking your family to one of the provincial or national parks in your area this season. There are hundreds to explore across the country and, provided you have access to a car and a camping equipment, a trip can be almost as inexpensive as staying at home.