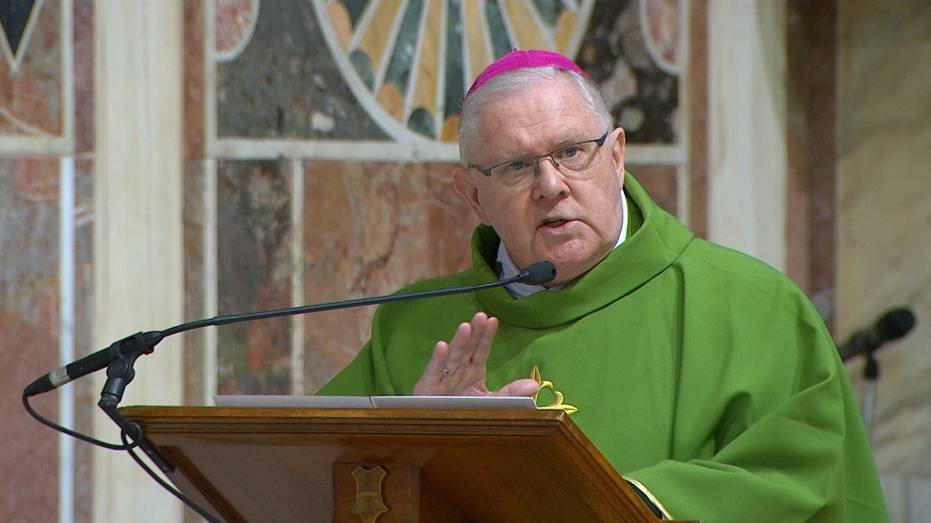 Archbishop Mark Coleridge of Brisbane, president of the Australian bishops' conference, gives the homily during a Mass on the last day of the four-day meeting on the protection of minors in the church, at the Vatican Feb. 24, 2019, in this image taken from Vatican television. (CNS photo/Vatican television)

At 9:30 this morning, VII Sunday of Ordinary Time, in the Sala Regia of the Vatican Apostolic Palace, Pope Francis presided over the the Eucharistic Celebration at the conclusion of the Meeting "The Protection of Minors in the Church". During the Mass, and after the proclamation of the Gospel, Archbishop Mark Benedict Coleridge, Archbishop of Brisbane and President of the Episcopal Conference of Australia, gave the homily below: