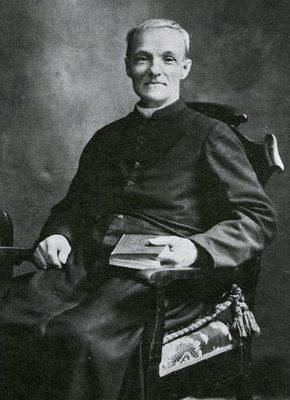 Even before he died in 1937, people all over the world regarded him as a saint.  About two months from now, on October 17th, Brother André Bessette CSC will be the first Canadian-born male to be officially named a saint by the universal Church. Salt + Light Television has been busy this summer filming a documentary on the life and legacy of Brother André in both English and French.   The filming has taken us to St. Joseph’s Oratory in Montreal, to the Brother André archives of the Cantin family in London, Ontario, and to different parts of the United States.  Brother André had many friends and supporters from the United States and the Congregation of Holy Cross in the United States still live out his spirit in their various ministries. In the weeks leading up to the canonization of Brother André on October 17th, we will be presenting you with a series of blogs from some of the people we’ve met.  These people have much to say and share about Brother André in their lives and in the life of the Church. One of the places we went to in the United States is Portland, Oregon.  Our crew visited the Downtown Chapel, a Roman Catholic parish located in the heart of Old Town Portland.  Its mission is to provide hope and healing to the most marginalized members of society.  Here we met Associate Pastor Fr. Ronald Raab CSC, who lives out the hospitality of Brother André everyday. Starting today, you can follow Fr. Ron’s weekly blogs leading up to the canonization of Brother André.  You can read the first one by going HERE. And stay tuned to our website for more information on the French and English documentaries airing in October!