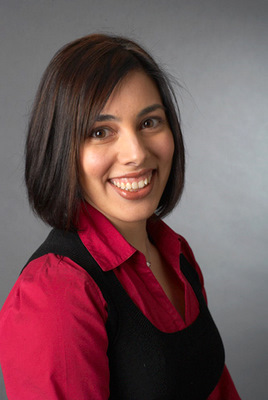 At some point in our lives we've all heard the saying, "We make plans and God laughs." God has laughed at me a few times. He's still laughing at me and my plans.
As I've mentioned in some of my previous blogs, I grew up in Vancouver and lived in Rome for several years. For most of my life I never had any desire to venture away from the safety of my city or my large, loud, extended family. So God, in His infinite wisdom, brought into being a series of events that led to me traveling, albeit briefly, through Europe. Italy and Switzerland, to be precise. In Rome, sitting on the grass in the Villa Pamphilli on a sun drenched June morning, He whispered in my startled ear, "This is what I created you for, little one." It all went spiraling out of control from that moment on. I returned home to Vancouver after that trip, but with the desire to return to Rome--not as a tourist, but as a resident. God had planted in my heart an urgent need to return to Rome and to become a journalist. It launched me down a path with no guarantees, but more excitement than I ever thought I wanted. That path took me from Vancouver to Rome, with a brief pit stop in Milwaukee, a detour in Edmonton, and finally a soft landing in Toronto. I can pack a suitcase like a pro and navigate almost any airport like nobody's business. When I complained once of always being "temporary" in a city, a friend comforted me saying, "It's like the Holy Family. They were told to go in haste and so they just had to get up and go, knowing they were doing God's will and trusting in His providence." It was a little difficult to hear while I was packing my umpteenth suitcase, but also reassuring to be reminded that I was, indeed, following God's plan for my life as hectic as they turned out to be. My plans would have involved much less "going in haste." Once again, He's laughing at me. When I left Rome in 2007 I cried, convinced that I would never have another opportunity to live in Rome again, that I was doomed to live in a land devoid of good mozzarella cheese. God spent about three years chuckling at me, saying, "You just wait, little one." Then, this December I was asked to be Salt + Light's Roman correspondent, based at the Vatican. There were a few delays and question marks, but finally it all came together. I find myself, this week, packing another suitcase and preparing to board another flight. To Rome. Again, the path gives no guarantees. Like any new project, things could go very well, or things go less well than expected. If all goes well, then the sky is the limit! For the next several months my blogs will be coming to you from Rome, courtesy of our collaboration with Catholic News Service and H20news. Keep watching this space to see what happens when a long lost "Romana" returns to her native soil armed with a television network and a mission.