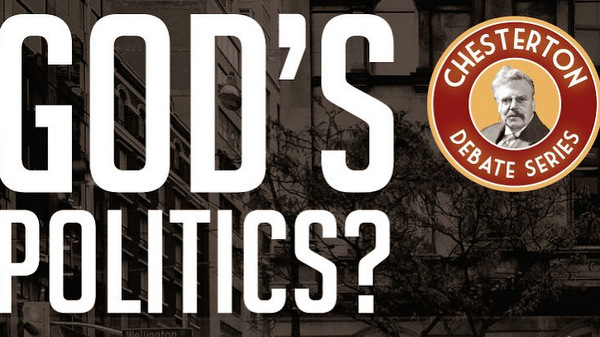 What’s the old saying? Don’t mix politics and religion in polite conversation. Well, if the current state of world affairs tells us anything, it's that polite conversation may be the only place where religion and politics don't mix. So, what then is God’s Politics? This edition of the Chesterton Debate aims to find out as two luminaries square off for this hot topic: Iain Benson, a Catholic legal philosopher and Leslie Rosenblood, founding member of the Canadian Secular Alliance will consider the role of religion in political life. In the meantime, this document regarding the Participation of Catholics in the Political Life is worth a read. You can listen to the previous Chesterton debate here. The Chesterton Debate will air on S+L on March 19 at 9 pm ET/6 pm PT and will repeat on March 21 at 9 pm ET/6 pm PT.