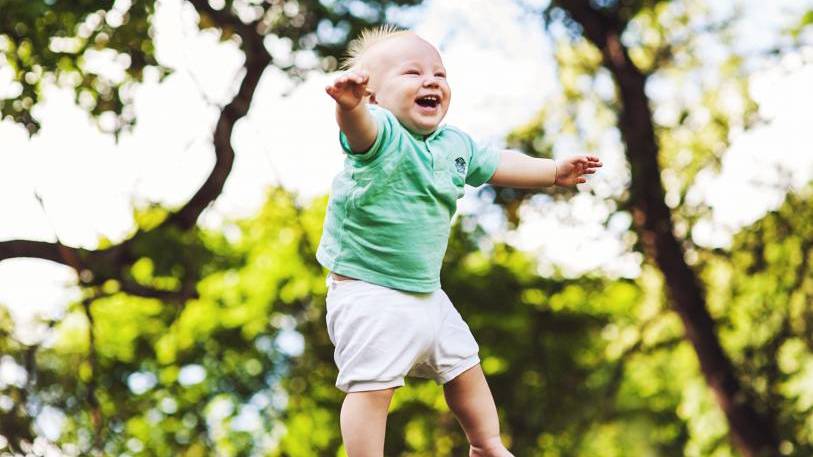 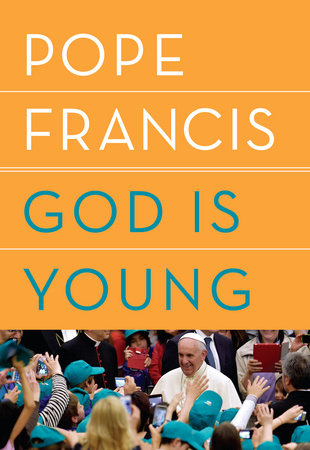 The English translation of Pope Francis’ book God Is Young: A Conversation with Thomas Leoncini (Random House, 2018, translation from the original Italian by Anne Milano Appel) will be released on October 2nd, just before the Synod on Youth begins (and by the way, Thomas Leoncini is one of the Synod auditors alongside our very own Emilie Callan and Julian Paparella). I was lucky enough to read the book before its public release.

Here are my top 10 favourite quotes:

(Note: All italics are included as they were in the original text.)

1. A young person stands on two feet as adults do, but unlike the adults whose feet are parallel, he always has one foot forward, ready to set out, to spring ahead. Always racing onward. To talk about young people is to talk about promise and to talk about joy. (p. 4)

2. The most distinctive attributes of the young are also His. He is young because He “makes all things new” and loves innovation; because He astonishes and loves astonishment; because He dreams and wants us to dream; because He is strong and enthusiastic; because He forms relationships and asks us to do the same: He is social. (p. 40)

3. It seems [in modern culture] that growing up, aging, maturing is bad. It is synonymous with a used-up, dissatisfied life. Today it seems that everything hides behind makeup and a mask. As if the very fact of living did not make sense. Recently I talked about how sad it is for someone to want to have a face-lift of the heart! How sorrowful that someone would want to erase the wrinkles of the many encounters, the many joys and sorrows! Too often there are adults who play at being youthful, who feel the need to put themselves on the level of an adolescent, unable to see that it is a deception. It’s a trick of the Devil. (p. 20)

4. I think that young people, both male and female, increasingly resort to plastic surgery mainly to conform to society’s standards and so they won’t end up being discarded; at least they try to prolong the illusion of being protagonists. Unfortunately, until we get over this throwaway culture, the most fragile individuals will continue to delude themselves that a solution can be found in the ephemeral. We must all realize that a society built on the ephemeral and on discarding creates only momentary and illusory pleasure and not deep and lasting joys. (p. 32)

5. One can speak of a “terrorism of gossip,” because the spread of rumours truly resembles the action of a terrorist: dropping the bomb with his words, he destroys others, then leaves calmly as if nothing had happened. (p. 28)

6. Do you know what I think of when I see an immigrant? First of all, I think of my immigrant father. And then I ask myself this question: Why them and not me? And I repeat it again: Why them and not me? Any one of us could be in their situation: We should always put ourselves in someone else’s place, learn to walk in their shoes, think about how it would be if we didn’t even have the money to buy those shoes. (p. 60)

On Dialogue with Atheists:

7. When I was in Krakow for World Youth Day, a young university student asked me: “How can I talk with an atheist who is my age? What can I say to a young atheist who has no relationship with God?” I replied: “Why do you feel the need to talk? We should always do, not just say. If you start talking you’ll be proselytizing and proselytizing means using people. Young people are very sensitive to verbal testimonies; they need men and women who are examples, who do without demanding anything from others, who show themselves for what they are. The other young person will be the one to ask you questions, and that will be the time to talk.” (p. 39)

On Tenacity in Prayer:

On Rigid Viewpoints, e.g. Seeing Foreigners or Immigrants as “Evil”:

9. I’m thinking of a number of young priests or students in the seminary. I’ve seen several of them who react to innovation and a valid diversity of views with mental rigidity rather than with wisdom. In my opinion this happens because they are frightened and because they want to force themselves to make a clear choice that will help them construct their own identity – I mean a true, unique identity within the Church ... A person who turns to extremes and tends toward rigidity is a fearful person: He hides behind rigidity as a defense. Behind and under every rigidity there is always an unresolved problem and also, perhaps, an illness. A humble attitude, open to others, the attitude of those who can listen, protects us from rigidity. (p. 58-60)

On Anxiety and Depression in Young People: