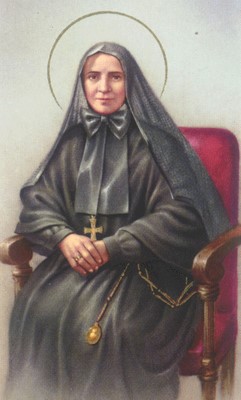 On this day in history (July 7, 1946) the first American Saint was canonized in Rome. Saint Frances Xavier Cabrini, known to the world as “Mother Cabrini” left an indelible imprint on the Church in the United States and around the world. As we commemorate the anniversary of her canonization I reflect on just one aspect of her lifelong ministry: her willingness to sacrifice her own vision for God’s will.
Born in Sant'Angelo Lodigiano, in Lombardy Italy, Maria took religious vows in 1877. Three years later she became one of the seven founding members of the Institute of the Missionary Sisters of the Sacred Heart of Jesus. She then set up two missions in Rome all the while nursing her true dream, which was to be a missionary in China. Mother Cabrini gained an audience with Pope Leo XIII seeking his approval for this missionary endeavor. However, at this time in history tens of thousands of Italian immigrants were arriving in the United States and in desperate need of pastoral care. Poor and destitute, cut off from their home and tradition, Italians were encountering difficulties adjusting to the Anglo Saxon, capitalistic American system. The Pope told Cabrini “Go West, Not East” telling her the Church needed her more in the USA than in China. Despite her initial hesitation she accepted the Pope’s view and soon after began her long and storied service to the Italian immigrant community and poor she encountered in the US. She founded an orphanage in New York, which would become the first of 67 institutions she launched in New York, Chicago, Seattle, New Orleans, Denver, and Los Angeles. Mother Cabrini’s willingness to forsake her own personal ambition to evangelize in China turned into a blessing for millions of underprivileged immigrants who benefited from her ministry. Sometimes when we are determined to have our way, we should stop and listen to the voice of God, and to those we trust, to make sure we truly are following the right course.