From Competition to Contemplation

The Olympics start tomorrow, and all the media attention will be on Canada and the world’s greatest athletes! 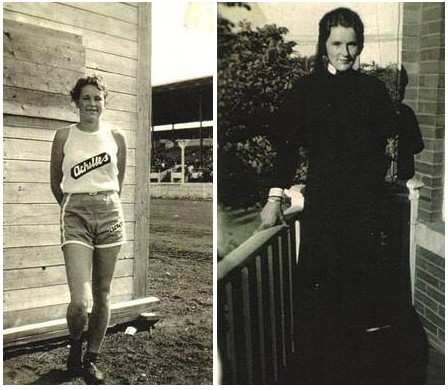 Yesterday, I visited with someone who could have made it to the Olympics, someone who could have carried the Olympic torch. She is 91-year-old Sr. Frances Ordway, a Loretto sister living at the Loretto Abbey convent in North York, Ontario.  In 1939, she broke discus throwing records in Saskatchewan and Manitoba and was also the Champion Discus thrower at the British Commonwealth Games.  Her eyes were set on Olympic glory.  In fact, she was going for the 1940 Summer Olympics in Tokyo, Japan, but the Games were canceled because of World War II. Instead, she went for what St. Paul would call a “spiritual Olympics”.  She followed her call to serve God.  She has been a Loretto sister for 65 years, and loves it! Tonight, on the February 11th edition of Perspectives, we feature her story in preparation for the Vancouver Olympic Games.