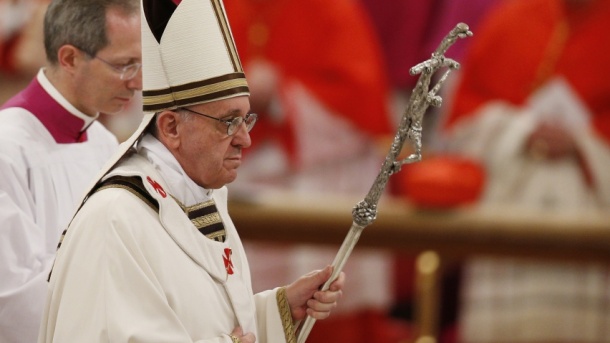 Pope Francis chose a fitting day to preside at the first priestly ordinations of his pontificate. Tomorrow, April 21, is the 50th World Day of Prayer for Vocations, an occasion instituted by Servant of God Paul VI in the midst of the Second Vatican Council. The fourth Sunday of Easter also represents Good Shepherd Sunday, due to the Gospel reading from St. John.
During Sunday mass in St. Peter’s Basilica, Francis will ordain ten men to the priesthood from three seminaries in Rome. They include six seminarians from Italy, two from India, and one each from Croatia and Argentina. The liturgy will air on S+L TV and our live stream at 10:00am ET / 7:00am PT. You can follow the prayers of the mass with the online booklet for the celebration.
Another way for to observe the 50th World Day of Prayer for Vocations is to read the special message by Benedict XVI (published before his resignation). In his message, the Pope Emeritus quotes Paul VI, declaring that “wherever numerous vocations to the priesthood and consecrated life are to be found, that is where people are living the Gospel with generosity.”
-
Credit: CNS photo/Paul Haring