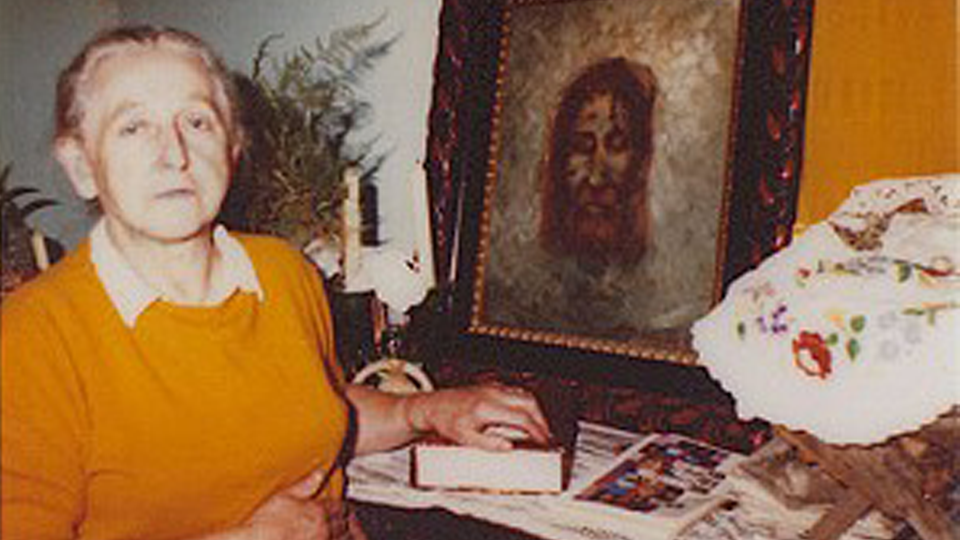 Flames From Heaven: Salt+Light's Marc Boudignon gives us his thoughts on the spiritual diary 'The Flame of Love' written by Elizabeth Kindelmann.

“Time is greater than space,” Pope Francis often says. In my experience, more time is lost the greater the amount of space we're given to roam. Specifically, that seemingly infinite space we inhabit daily, called the internet.
Time spent surfing the web is usually time you wish you had back. Rarely are the returns worth the price of lost sleep, deferred work or neglected dishes. (Or worse, neglected family members.) Yet, once in a while, our trip down the virtual rabbit hole delivers a return on one's investment; a truly worthwhile find that renders the cost well-spent.
I unearthed one of these web-treasures early this Easter season. I can't remember why or where I began surfing, but a few successive links brought me to a website with a biography of a woman named Elizabeth Kindelmann. A woman who, as it was written, had communicated with Mary and Jesus.
I'd never heard of this woman before. Without a doubt, my “fake radar” was activated and primed to find holes in her story.
A healthy skepticism is good, but I quickly learned it was safe to believe. The English translation of her spiritual diary, within which her locutions are recorded, had received the imprimatur of Archbishop Charles Chaput. In fact, the entire “Flame of Love of the Immaculate Heart of Mary” Movement, which came to be entirely because of the life and writings of Elizabeth Kindelmann, had received the approval of Hungary's Cardinal Péter Erdö, and had also been granted an Apostolic Blessing by Pope Francis himself.
Thinking back, I suppose I was like one of the stupefied onlookers during the first Pentecost. Mary and the Apostles had received the tongues of fire, then they came out of the upper room and began to speak in every language:

When they heard this sound, a crowd came together in bewilderment, because each one heard their own language being spoken. Utterly amazed, they asked: “Aren’t all these who are speaking Galileans? Then how is it that each of us hears them in our native language?” .... Amazed and perplexed, they asked one another, “What does this mean?” Some, however, made fun of them and said, “They have had too much wine.”

I was truly amazed by what Elizabeth Kindelmann recounted in her diary, just like the crowd had been amazed that morning at 9:00am in Jerusalem. Likewise, I had disbelieved that hers were the actual, transcribed words of Jesus and Mary. However, I, too, came to believe and was converted because I couldn't deny that what I'd read was the truth. A burning truth.
Between 1961 and 1982, Our Lord and Our Lady spoke directly to Elizabeth via interior locutions. She was graced to learn of a new means of devotion: The Flame of Love of Her Immaculate Heart. By this devotion, she wrote, Satan could be blinded, and thus many graces would be spread about the world. She was taught to share in Jesus and Mary's salvific work through specific prayers, fasting and personal sacrifices. Mary summarized it for Elizabeth in this way:

“With this flame you will light all the hearts in the world. The miracle will be this. This flame will become a fire, and with its shining light, this fire will blind Satan.” (The Flame of Love, Chapter 2, “Miracle of the Flame”, pg. 19)

Over the course of her many years of locutions, Elizabeth drew very close to God. But her path to spiritual union was not without difficulties and setbacks. She suffered many torments and doubts brought about by the Evil One. However, she continually gave herself over to the Divine Mercy of Jesus and sought protection under the mantle of the Blessed Virgin, making herself ever more dependent and humble:

As (Jesus) spoke, the spiritual dryness was gone. I know this consolation was for the good of my soul. He continued, “Always be silent so God’s voice can speak within you. In silence, your spiritual life sends out roots. Each morning, offer your sacrifices and you will receive the flames of my love. During the day, do not let the flame of sacrifice go out.” Then, he promised, “I would speak to every soul this way, if they would receive me.” (The Flame of Love, Chapter 2, “Taking Away The Dryness”, pg. 27)
On another occasion, he said, “Be quiet. Do you know who is truly wise? The one who is silent. I prepared by thirty years of silence for just three years of activity. Speak only when I give you the signal. Speak only what I taught you. Few words will produce abundant fruit.” Silence reigned in my soul. He filled my soul with his divine presence. This caused me to tremble. Until now, nothing has been this intense. My body was wiped out and my soul was filled with divine grace. (The Flame of Love, Chapter 2, “The Value of Silence”, pg. 35-36)
“Let no creature come between us. Write down my words so others realize that they can only possess God if they come far away from all earthly noise. You are a living proof that this is possible. I put you in a family setting so all can see that they can serve their family and God at the same time.” (The Flame of Love, Chapter 4, “The Lord's Goal”, pg. 86) 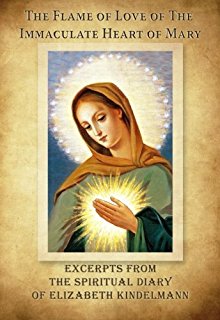 I read The Flame of Love over the course of two days. Innumerable insights were given to me and every page seemed infused with wisdom and grace. I was hooked. It prompted a new urgency, a revitalization in my spiritual life -- something that the Apostles must have felt on that day of Pentecost. I felt the Holy Spirit moving me through this book.
Now, looking back and re-reading it, one thing I've noticed is how often Jesus prescribes silence. He implores it. External and interior silence is an important way of drawing closer to Him and effectuating the spread of graces for the world. By rough count I found eight times Jesus specifically cites silence as vital for the efficacy of personal spiritual growth.
This of course reminded me of another prominent spiritual book which I'd read only a few weeks prior, during the Lenten season: Robert Cardinal Sarah's The Power of Silence. Much has been written about this very illuminating, very incisive book. It speaks to the need of every Christian to seek out those places of silence so that we, like Elizabeth Kindelmann, can be joined with Jesus and Mary in mutual, life-affirming purpose.
In the upper room at Pentecost, there was most likely a hush, a expectant silence, between the Apostles and Mary right before the tongues of fire descended. Only after the words of the Spirit were internalized could they then be spoken out loud to the people. In the same way, only after Elizabeth was silent enough to hear Our Lord and Our Lady speak to hear, could she then internalize their message about The Flame of Love, and begin the work of spreading it to every soul who has ears to hear.