Fish is Meat: Should we not eat it on Fridays? 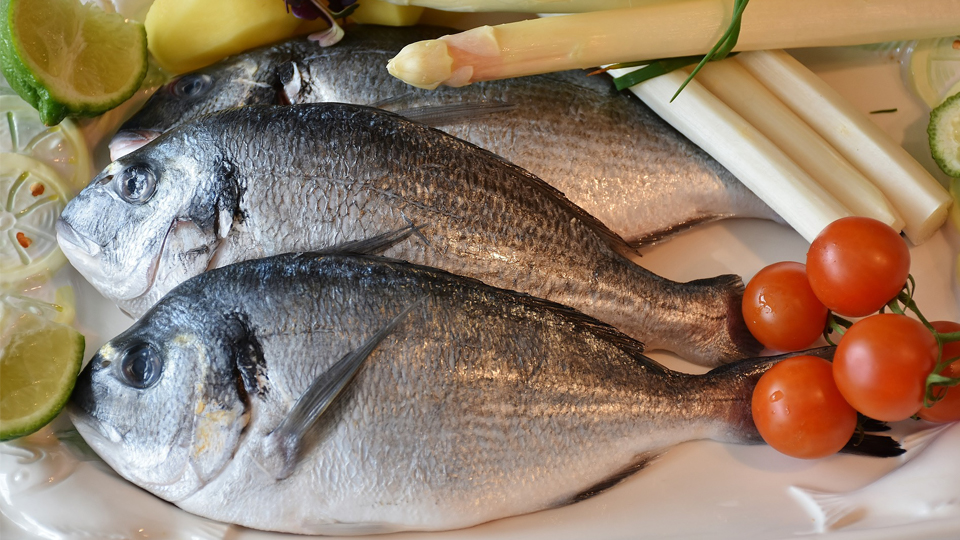 It moves, it breathes, it has eyes and a mouth, but to Catholics, fish is not considered meat.

In the writings of Saint Paul in Corinthians 15:39, “All flesh is not the same flesh: but there is one kind of flesh of men, another flesh of beasts, another of fishes, and another of birds”, this separately classifying fish. Some believe that the Jewish dietary restrictions which separated land-locked mammals and fowl from fish had influence on this school of thought. But I always thought it was strange due to the above characteristics, especially now when Lent is just around the corner and Catholics abstain from eating meat on Fridays. Technically, though, our friends at the CCCB  note that this abstinence should be observed every Friday outside of lent as well, as outlined in Canon Laws 1250 and 1251. So let’s figure out what constitutes as meat and why it is the case though the use of definitions and historical interpretations. We’ll first define some terms and use these definitions to logically come to a possible answer. The Oxford English dictionary defines “meat” as, “The flesh of an animal, typically a mammal or bird, as food”. The use of the word typical here does offer room for other creatures. “Animal”, thus, is defined as, “A living organism which feeds on organic matter, typically having specialized sense organs and nervous system and able to respond rapidly to stimuli.” Therefore the ultimate question is “Are fish animals?” Let’s make a checklist. Are fish living organisms? - Yes. Do fish feed on organic matter? - Yes, their diet consists of plants, insects, or smaller fish. Do fish have specialized sense organs and nervous system? Yes, eyes are sense organs, and see below for nervous system explanation. Are fish able to rapidly respond to stimuli? Yes, fish flail immediately when removed from water. The third point brings us to an old debate of whether or not fish feel pain. For centuries it was believed they did not, but recent studies have been conducted which appear to prove they do. In 2003, the BBC  reported that researchers from the University of Edinburgh and the Roslin Institute noted that, “the trout [in their study] injected with acetic acid were also observed to rub their lips on to the gravel in their tank and on the tank walls. These do not appear to be reflex responses.” Similarly, in a 2009 study conducted by Joseph Garner of Purdue University and his colleagues in Norway, Scientific American reported that: “…the biologists found that goldfish injected with saline solution and exposed to a painful level of heat in a test tank “hovered” in one spot when placed back in their home tank. Garner labels that “fearful, avoidance behavior.” Such behavior, he says, is cognitive—not reflexive. Other fish, after receiving a morphine injection that blocked the impact of pain, showed no such fearful behavior.” Whether or not you believe this pain is as complex or less than human pain, they still reveal the presence of some sort of nervous system, thus fulfilling the third requirement to be an animal. So if we use modern scientific studies like these to help our understanding, fish therefore could be considered as meat. Then with that in mind, could we try to prove that lobster, scallops, mussels, clams, and other non-fish seafood could be considered meat as well? In theory yes, but as we attempt to make these claims about other edible creatures, perhaps we’re straying away from the original purpose of the meatless Friday tradition. St. Thomas Aquinas in his Summa Theologica, boils it down to two reasons: sex and simplicity. He writes: “Fasting was instituted by the Church in order to bridle the concupiscences of the flesh, which regard pleasures of touch in connection with food and sex. Wherefore the Church forbade those who fast to partake of those foods which both afford most pleasure to the palate, and besides are a very great incentive to lust. Such are the flesh of animals that take their rest on the earth, and of those that breathe the air and their products.” And additionally: “For, since such like animals are more like man in body, they afford greater pleasure as food, and greater nourishment to the human body, so that from their consumption there results a greater surplus available for seminal matter, which when abundant becomes a great incentive to lust. Hence the Church has bidden those who fast to abstain especially from these foods.” Simply put, the meat of mammals and birds used to be considered a luxury and a temptation. As we remember from the Parable of the Prodigal son, the father orders for the fattest calf to be slaughtered after embracing his once lost son. Fish, on the other hand, were easier to come across. The Sea of Galilee was once teaming with fishermen casting their nets into the water, and likely outnumbered the number of cattle farmers in the area. We also recall that Jesus multiplied five loaves and two fish into an amount that could feed the village, not beef tenderloin. So as time passes, the tradition remains, despite red meat such as pork being actually cheaper than fish here in Toronto. Other critters have been added to the list of Lent-friendly meats due to regional availabilities. St. François de Laval of Quebec in the 17th century ruled that beaver was considered a fish. In Latin America, another rodent, the capybara, is considered okay to eat. Muskrat in Detroit, and as of 2010 in New Orleans, alligator. Having seen first hand the poverty in eastern Kentucky, I wouldn’t be surprised if fried squirrel makes the list soon. This Lent, let us not be caught up in rules and technicalities, but instead reflect on the original intent of Lent and how we can use to to better ourselves and those around us. By resisting this temptation, we walk in the footsteps of the Lord.