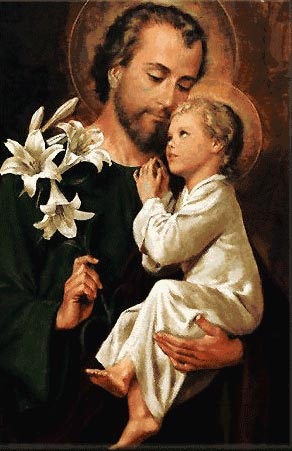 Once, almost 13 years ago, I was driving and had my eldest, Nicolas, in the car seat in the back. It was around Christmas time and we were listening to Michael Card and his beautiful Joseph’s Song. The refrain goes:

Next thing I knew, I had tears streaming down my face. I realized in that moment, as I looked at little Nicolas, through my rear-view mirror, that he is my vocation. He and his brother, Daniel are my true vocation. All the award-winning, life-changing TV programs or documentaries I make will never be more meaningful or important than being a dad to my children – and, in order to do that well, I have to be a husband to my wife. Joseph may have been praying about Jesus, but I also realized that we are all children of God and so, “How can I be father to a child of God?” also applies to all fathers. “How can I raise a king?” is also my vocation, for we are called to raise all our children to be kings and queens, to reach their full potential – to be their fullness as sons and daughters of God. How can I be a father to the son of God? How can I raise a king? I can’t. Not by myself. And that is why we need grace. And that is why we need community. And that is why we need to celebrate fathers on Father’s Day. Because their job, their most important job is to be fathers to the children of God, so that all our children can grow to be the fullness of what they’ve been created to be, in the image of God, the Father. So to all you Fathers out there, may God grace you with wisdom, courage, knowledge and perseverance to be the husbands and fathers you’ve been called to be. Enjoy Father’s day, but most importantly, enjoy your children. To listen to more of Pedro's thoughts on fatherhood, click here.