Faith and Character Development: A Celebration with the Toronto Catholic District School Board

On Thursday, December 6th, from 11:30 am to 3 pm ET, a Salt and Light colleague (Kris Dmytrenko) and I had the great honour of attending a day of celebration with the Toronto Catholic District School Board. Themed Faith and Character Development: A Celebration, the event took place at the Metro Toronto Convention Centre. It had a wonderful family atmosphere and a hopeful look at the future!
Let’s start off with the logistics. In attendance were at least four representatives from each of the 201 schools in the board (each school sent a principal, parent, teacher, student(s), parish representative). In total, there were about 1200 people in the hall/dining room. It was great to see all members of the community, of all ages, involved in the discussion of faith and character development. It was also edifying to see the enthusiasm of the young people who entertained us – such as the two Student Trustees who were our emcees, Chantelle Blagrove from Blessed Mother Teresa CSS and Diego Noronha from Don Bosco CSS; a Cardinal Carter Academy for the Arts student and 2007 Top Ten finalist on Canadian Idol who belted out Christmas songs and other classics, Martha Joy; and students from Francis Libermann CSS who performed and shared their own thoughts on the seven Ontario Catholic School Graduate Expectations. And I’m sure it wasn’t only the TCDSB staff and parish reps who had fun with the “voting system” set up for choosing the 10 Virtues for each of the 10 months of the 2007-08 school year; the young people must have been, too!This is how it worked -- each table had charts of the 10 months of the school year matched up to three pre-selected and Liturgy-based Virtues for each month. Each table had chances to vote for which one of the three they thought most appropriate for the month – and they had one minute to make their decision and send it electronically! The resulting “winner” for each month could be instantaneously viewed on the big screen; as a result, everyone could go back to their own communities knowing which Virtues to look forward to celebrating next school year. I think the process really made the students feel like such a part of the decision-making involved in their own faith and character development.My favourite part, aside from the Liturgy of the Word with musical accompaniment as well as the delicious meal, was “eating up” the words of the Keynote Speakers -- Archbishop Thomas Collins of the Archdiocese of Toronto and Dr. Avis Glaze, CEO of the Literacy and Numeracy Secretariat.So let’s move on to the real "food"… 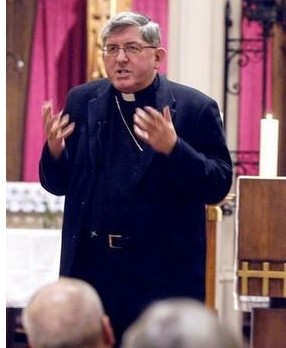 Archbishop Collins was, as usual, pastoral and thought-provoking in his speech. He opened up with saying how for almost 200 years in Ontario, our lay people and clergy have been focusing on making clear that the goal of education is moral and spiritual development and not primarily the transmission of information and knowledge. And it’s thanks to the efforts of John Henry Newman in the late 1820’s, who fought to make this clear. To achieve this moral and spiritual development, we must reiterate the need for habits, for stable dispositions of doing good – which is Virtue. And to practise Virtue, we need moral absolutes, which are, as Archbishop Collins quotes, the “stars to see by as we navigate the treacherous seas of life.” Helping along the way is the proper use of our natural reason, which education should help us know how to use; Scripture, which reveal Divine and moral norms; and thirdly, the living faith of the Church – passed down through the Apostolic successors of Peter and the testimonies of the greatest minds in the Church, such as Augustine, Aquinas, Teresa of Avila and Alphonsus de Liguori.Archbishop Collins also reminded us that Virtue takes time, and so we can always say, “Be patient with me. God isn’t finished with me yet.” And Virtue needs other people; it needs a community striving with you for the common good. The Archbishop brought up that, yes, the heart of the Last Supper was the Body and Blood of Christ, but so is the Washing of the Feet – of being of service to others in community. The virtuous life is founded on Faith, Hope and Love. Faith is the root; Hope is the stem; Love is the fruit.And then he posed a challenge. For us to motivate young people to be rooted in Christ, to be rooted in Virtue, we must become virtuous people ourselves. We can’t be rooted in the “Phantom Christ,” following a gooey, relativistic Christianity that validates Vice and not Virtue. 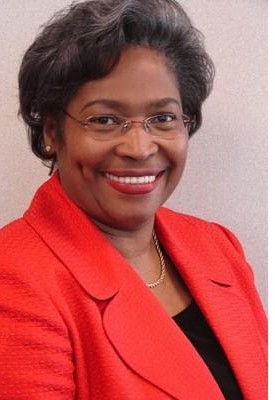 As is customary in a two-course meal, the second course comes soon after, and so Dr. Avis Glaze was served up shortly after the Archbishop. Dr. Glaze built on Archbishop Collins’ points, from her standpoint as Ontario's first Chief Student Achievement Officer and CEO of the Ministry of Education's Literacy and Numeracy Secretariat. Ever since she assumed her position in the Ministry in 2004, she has been deliberate in achieving her 2008 goal of making sure that 75 per cent of students in Ontario will achieve the provincial standards in reading, writing, and mathematics by age 12. She has been working in cooperation with school boards, both Catholic and public, to co-determine strategies to accomplish this goal.In her address, she cited the wisdom of philosophers – among them, Martin Buber: “Education worthy of its name is education of character”; and Plato: “The purpose of education is to create a more just and peaceful society.” She emphasized that character education IS civic education. She says, “A child is the only substance from which a responsible adult can be made.” Avis Glaze brought it all down to concrete and personal examples. If we want to have a house built, we sure hope that the builders have enough honesty to do their job properly and efficiently. And taking care of future generations by forming them in Virtue serves us as well. For example, when the time comes for her to be in a nursing home, she said, when she asks a young person for a glass of water, she hopes that they will be virtuous enough to get it for her!Avis Glaze is quoted elsewhere to have said that principals should look into the eyes of children, to recognize not only every educator’s awesome responsibility but also the unique privilege educators have in shaping the future.Amen to that!