Even amidst the storm | Everyday Miracles 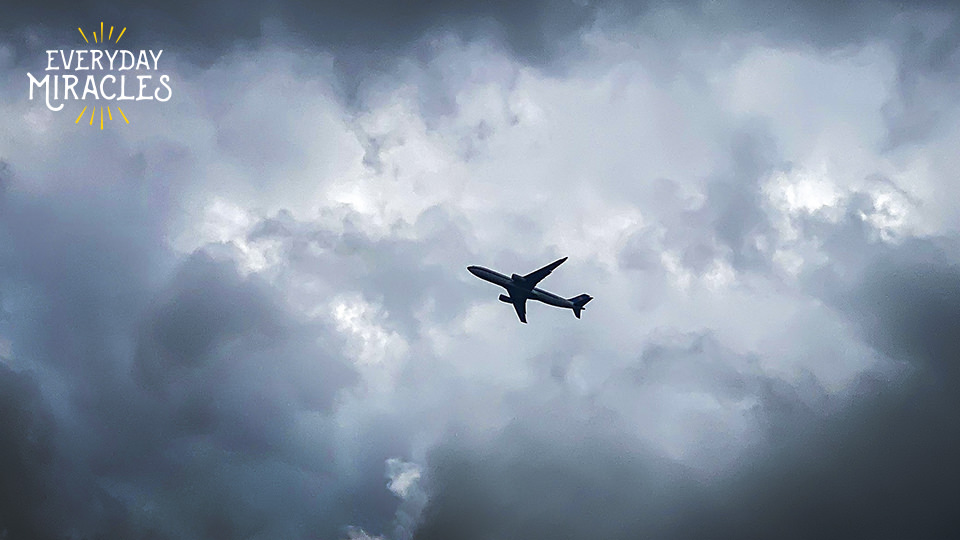 Photo by Chongdong Zhu on Unsplash

“And when they climbed into the boat, the wind died down. Then those who were in the boat worshipped him, saying, ‘Truly you are the Son of God.’” – Matthew 14:32-33

In the spring of 2018, I joined a campus ministry group going on a mission trip to Kingston, Jamaica. After a particularly difficult school year, I felt the desire to get away from home for a little while and focus my energy on some holy distractions. Living in community with the Missionaries of the Poor in Kingston, as well as with my fellow missionaries, brought me out of the self-absorbed habits I often found myself in as a student and grounded me in some truly human moments – difficult and beautiful ones alike: rising early each morning, orienting the day in prayer, working all day long to cook, clean, and care for those around me. I was exhausted by the end of each day, with all the growing pains that come with being stretched personally and spiritually. Our cups were filled, so to speak, with Mass, holy hours, the Rosary, and Liturgy of the Hours, and then emptied again as we gave ourselves in service to the city around us. I could unpack millions of little memories from this experience to show how the Lord shaped me, but a particularly memorable one came in my very last moments as a missionary on this trip. Flying back to Toronto from Kingston, I sat on the plane with 20 or so new friends that I had not known a mere week earlier. We were giddy with all we had just seen and heard and learned, full of graces, and heartbroken to leave our beloved Missionary Brothers. As the plane got closer to Canada, we started to feel turbulence – only a little to begin with, but shortly the aircraft was rocking like I had never seen before: cups were flying off of the trays, backpacks were sliding into the aisle, and passengers were growing increasingly nervous. The flight crew were calm and collected, reassuring us of our safety, but advising us that due to wind gusts reaching over 100km/h, we would likely not be able to land for quite a while, and if we did, it would probably not be in Toronto. Having just seen firsthand the peace that comes from a life rooted in prayer, my fellow missionaries and I began to pray. We prayed, of course, for the safety of us all on the plane but also for grace, strength, and obedience in this time of turbulence. We prayed in thanksgiving for the work the Lord was doing in our lives and for the chance to have seen firsthand during our mission trip the love He offers us all. The Lord answered our prayers in a big way: there was a brief pause in the windstorm and we ended up being one of the only aircraft to land at Pearson that day. It was an incredible miracle, and the relief of passengers on the plane was palpable. Once on the ground, we found the arrivals section filled with anxious family members, many leaving the airport alone upon learning their loved ones wouldn’t be landing in Toronto. I found my own mother waiting in anticipation. Hearing of all the flights that had to be redirected, she had been eagerly praying for our safe arrival. More than that, I have come to realize that the Lord answered our prayers in small ways as well – in the quiet, beautiful ways that He always does. The disposition of my heart was changed on that trip, after serving and praying with fellow missionaries. I often find myself, since then, searching for and finding beauty in the ordinary and very human parts of life, and praising God on the sunny and stormy days. He answered my prayers on that turbulent flight by allowing me to seek Him in prayer and find that He is good, even amidst the storm. Hayley Barnes lives in Toronto and works as Grant Writer & Donor Relations Associate for Salt + Light Media.