Even a two-minute examination of conscience is helpful, pope says 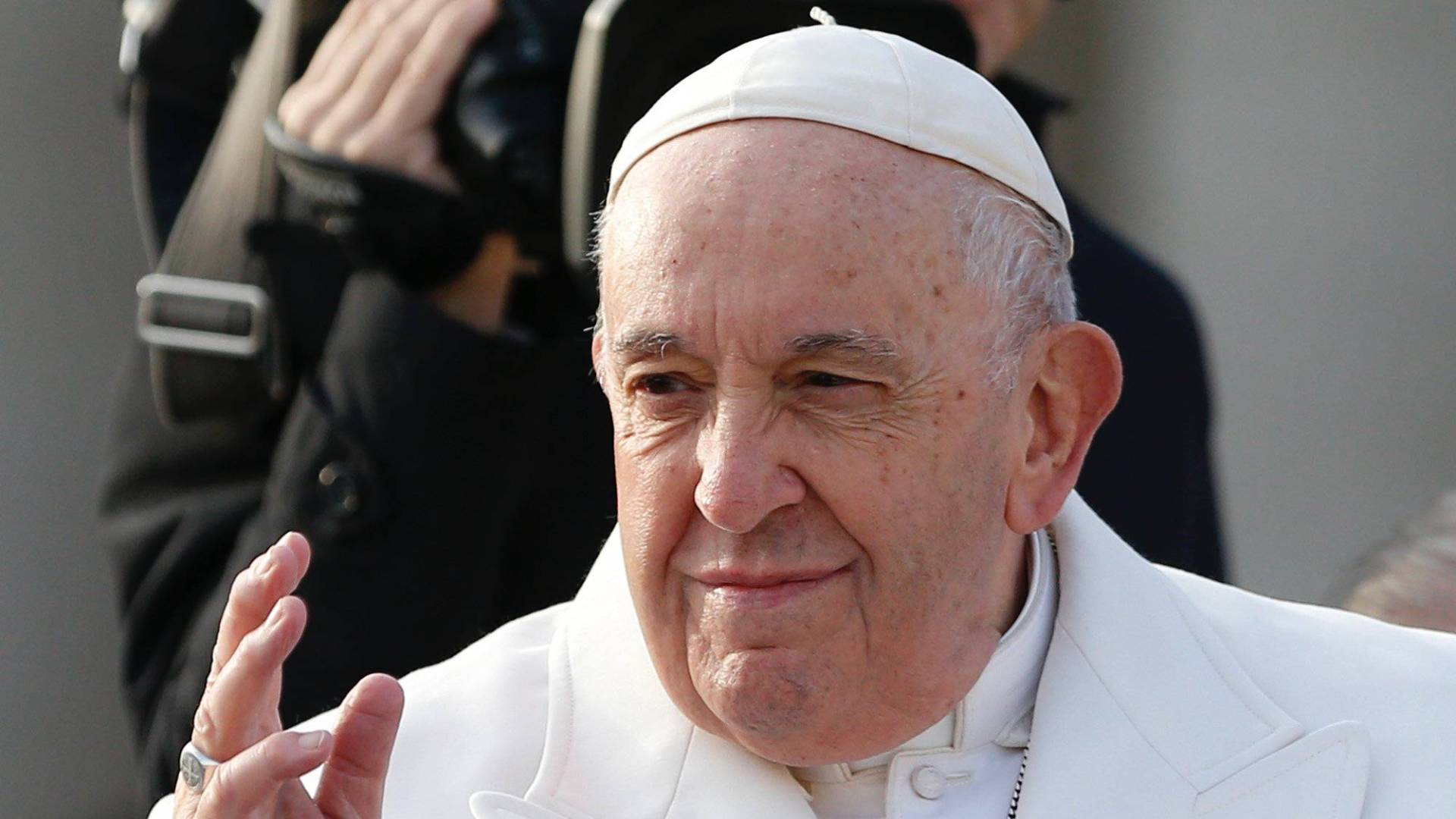 Pope Francis greets people during his general audience in St. Peter's Square at the Vatican Nov. 30, 2022. (CNS photo/Paul Haring)
VATICAN CITY (CNS) — A daily examination of conscience is an important tool for recognising where God is at work in one's life and where "the evil spirit" tries to lead one astray, Pope Francis said. "Learn to read in the book of our hearts what has happened during the day. Do it. Just two minutes, but it will do you good, I promise," the pope told visitors at his weekly general audience Nov. 30. After his talk, Pope Francis and the crowd were treated to a performance by the Black Blues Brothers, a group of five acrobats from Kenya. Wearing dark suits and ties, they did handsprings, created human pyramids and did tumbling and dance tricks while jumping rope to songs from the 1980 film "The Blues Brothers." Continuing his series of audience talks about discernment, the pope spoke again about "spiritual consolation" and about using a daily examination of conscience to distinguish between what just feels good and "genuine consolation," which, he said, "is a sort of confirmation that we are doing what God wants of us, that we are walking on his paths, that is, on the paths of life, joy and peace." Relying on the teaching of St. Ignatius of Loyola, founder of the Jesuits, the pope explained that consolation comes from knowing that a thought or impulse is good at its beginning, middle and end, because it inclines one to do something good, is motivated by love for God and others and leads to a sense of peace. On the other hand, the pope explained, "the evil spirit" can sneak in and distract one from doing good or sow anger toward others or pride. "When we talk about the 'evil spirit,' we are talking about the devil, you know," the pope said. "The devil exists." Pope Francis used the example of the thought or urge to pray, accompanied by "affection for the Lord and my neighbour, it invites gestures of generosity, of charity: it is a good beginning." But, he said, if "every time I have to wash the dishes or clean the house, I have a strong urge to pray — this happens in convents" — then the impulse is not all good. "Go wash the dishes, then go pray," he said, because "prayer is not an escape from one's tasks." And, the pope said, "if I begin to pray and, like the Pharisee in the parable, I tend to be self-satisfied and to disdain others, perhaps with a resentful and sour spirit, then these are signs that the evil spirit has used that thought as a key to enter into my heart and to transmit his feelings to me." In such cases, he said, "the consolation of prayer" is false, and one simply is "a peacock before God," strutting his or her presumed holiness. Then, Pope Francis said, one should ask, "Where does that thought take me? For example, it can happen that I work hard for a good and worthy task, but this pushes me to stop praying; I find I am increasingly aggressive and angry, I feel that everything depends on me, to the point of losing confidence in God. Here, evidently, there is the action of the evil spirit." The devil's style is "devious, masked," the pope said, and he usually starts with something important to the person and then twists it. "The more we know ourselves, the more we sense where the evil spirit enters, his 'passwords,' the entrance to our heart," Pope Francis said. "Before ending your day, stop a bit and ask what has happened (that day) — not in the newspapers," he said, but in one's heart. "Noticing what happens is important," he said. "It is a sign that God's grace is working in us, helping us to grow in freedom and awareness. We are not alone; the Holy Spirit is with us. Let's see how things are going."