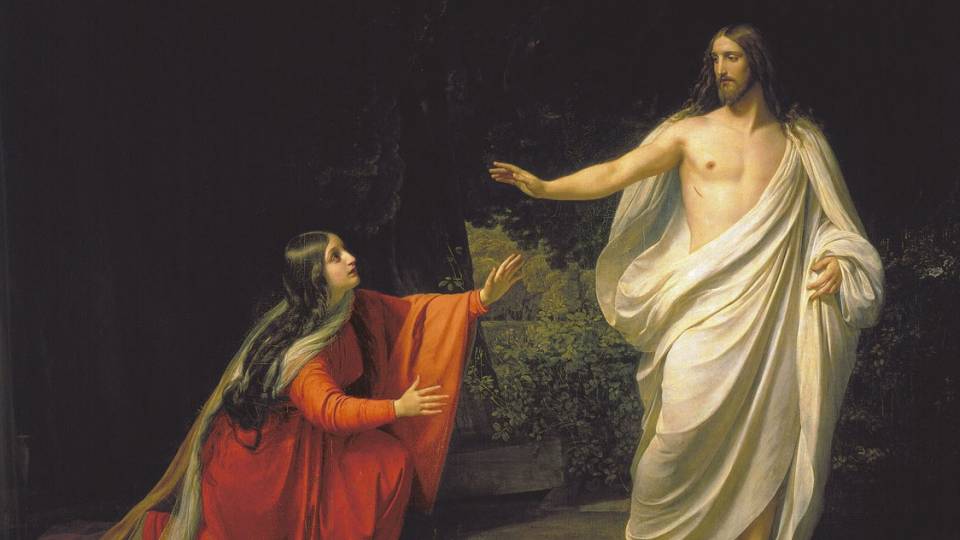 Now after he rose early on the first day of the week, he appeared first to Mary Magdalene, from whom he had cast out seven demons. She went out and told those who had been with him, while they were mourning and weeping. But when they heard that he was alive and had been seen by her, they would not believe it. Mark 16:9-11

Saint Mary Magdalene is a fascinating figure because, although she was one of the most important early followers of Christ, and the first to experience the risen Lord, her relationship to the Church has been problematic at times. The Church in the West has portrayed her as a repentant prostitute or promiscuous woman by associating her with other women mentioned in Scripture, but this questionable reputation is not necessarily deserved.

The Church hierarchy has struggled with an often hostile relationship to women over the centuries, and a woman who doesn’t perform the normative roles of marriage and motherhood can become the subject of more scandalous interpretation. All we really know about her past is that Christ cast out seven demons from her, and from then on she became one of his closest and devoted disciples. The confusion surrounding her has become deeply ingrained in Catholic tradition, and it is only in recent decades that this has been corrected. The collect for her feast day in the Tridentine Rite before the post-Vatican II reforms refers to Lazarus as her brother, conflating her with Mary of Bethany, the sister of Lazarus and Martha. The Gospel passage given for her feast day in the 1962 Latin Missal is Luke 7:36-50, recounting the story of an unnamed sinful woman who washes the feet of Christ, dries them with her hair, and anoints them with the ointment she carries in an alabaster jar. Maybe this woman was associated with Mary Magdalene because Luke’s Gospel also describes how the women who came with Christ from Galilee returned to his tomb to anoint his body after the crucifixion, and Mary Magdalene is the first mentioned by name, along with Joanna and Mary, the mother of James. An unnamed woman anoints Christ in Bethany in the Gospel of Matthew, and the Gospel of John gives this role to Mary, the sister of Lazarus, and these figures all became united into the figure of Mary Magdalene over time. She became the archetypal repentant sinner who shows her full devotion to Christ by anointing his body, and a contrast to the ideal womanhood of maternal obedience. 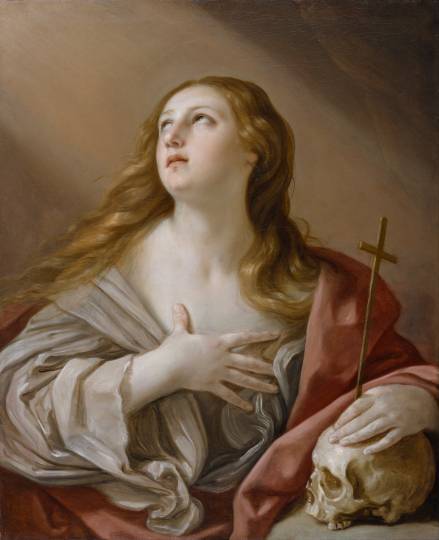 What the Bible tells us

There is little that we do know for sure about Mary Magdalene. She was probably given the title “Magdalene” by the Gospel writers to distinguish her from the other women named Mary, and the name suggests that she was from the town of Magdala. At the beginning of chapter 8 of his Gospel, Luke lists the women who provided for Jesus and the twelve out of their own resources, and, in the usual manner, Mary Magdalene is mentioned first among the women. She could have been a wealthy woman who was a benefactor of Christ’s ministry. It is clear she was prominent among his female followers, second in importance only to the Blessed Virgin Mary, the holy mother of Jesus. Even compared to the male apostles, her significance is clear. The twelve are not always portrayed by the Gospels as especially bright or faithful, and in Mark 16:14, they are scolded for their stubbornness and lack of faith for not believing those who have seen the risen Christ. This contrasts with Mary Magdalene and the other women, who had immediate faith in their resurrected Lord. 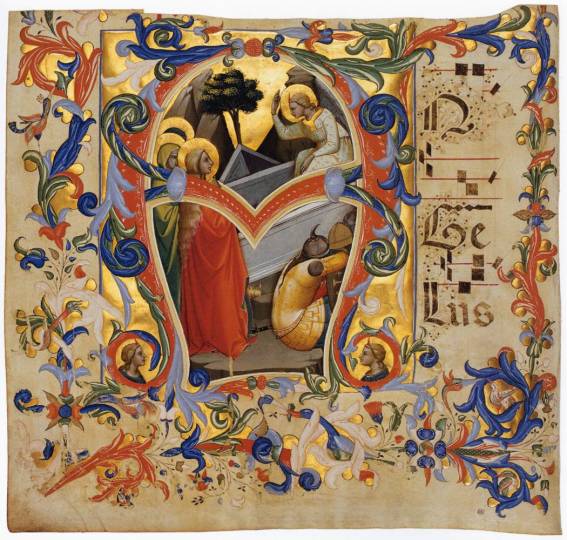 The questionable reputation that she acquired in the Western Church, and her identification with Mary of Bethany and the sinful woman described in Luke 7, was never acknowledged by the Eastern Church. Mary Magdalene’s Orthodox feast day is also on July 22, and gives her the title of “Holy Myrrhbearer and Equal to the Apostles”. She is also known as the “apostle to the apostles,” as an apostle is someone who is sent, and the risen Christ sends her to the apostles to tell them that he has returned from the dead. While the Anglican Church shares the heritage of the Western tradition which identifies Mary Magdalene as a penitent sinner, she is a popular patron saint of many parishes in both England and abroad. Here in Toronto, the only church under her patronage of any denomination is the Church of St Mary Magdalene, which is a unique and radically inclusive Anglican congregation which attracts those who do not always feel at home in more mainstream Christian communities, in the spirit of their often marginalized patron saint.

Jesus said to her, “Do not hold on to me, because I have not yet ascended to the Father. But go to my brothers and say to them, ‘I am ascending to my Father and your Father, to my God and your God.’” Mary Magdalene went and announced to the disciples, “I have seen the Lord”; and she told them that he had said these things to her. John 20:17-18

A role model for all Christians

Mary Magdalene’s role in the Gospels is prominent but ambiguous, and this has led to her conflation with other figures in the Gospel and speculation about her reputation and her relationship to Christ, even into the present day. Conspiracy theories persist about her, which extend into popular novels and movies. My favourite modern, fictionalized portrayal of her is probably from the musical, Jesus Christ Superstar, in which she sings the song, “I Don’t Know How to Love Him”, which can describe the relationship of any Christian with Christ, trying to love him, but struggling with doing it well. For many Christians over the centuries, Saint Mary Magdalene represents the model disciple who remains devoted to Christ with unwavering faith, devoted to him in life and after his death. She is the first to encounter the risen Lord, either alone or with the other women, and, going further, she is a figure who has been the subject of slander and misrepresentation who has overcome adversity through her devotion. Her role in the Church teaches us the importance of faith, and that no one is beyond the love of God, no matter what demons they struggle with. 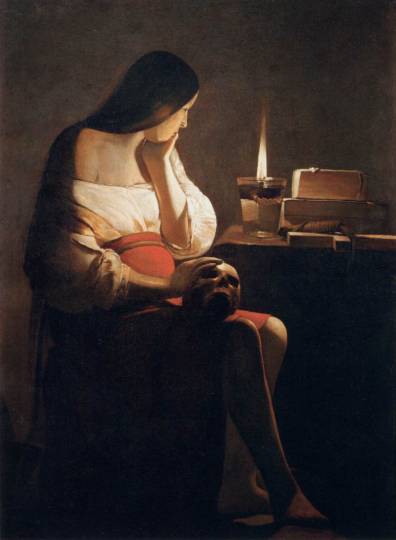