Dying with Dignity? Tune into a special two-part Catholic Focus Wednesday and Thursday this week 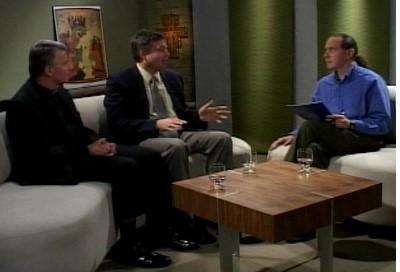 Is it just me, or is this now the news of the day? Is it because CTV aired the controversial film the Suicide Tourist or is it because this Nov 30th and Dec 1st is the first ever International Symposium on Euthanasia and Assisted Suicide?I don't want to talk too much about the film, however to make my point, I have to explain that it deals with Dignitas, an organization in Switzerland that holds that anyone, as long as they are of sound mind, should have the right to kill themselves. This, they say, is dying with dignity.It makes me think of another award winning documentary titled The Bridge, which looks at the Golden Gate bridge, a notorious spot for suicidal jumpers. The director of that film, says that the thought to make the film came to him after watching people jump off the World Trade Centre on 9/11. Those people chose to fall to their death, rather than to be consumed by a fire. He thought that anyone who takes his or her life is also escaping a fire of sorts. The film tries to deal with those "fires" that plague us, that would make us take our own lives.It is well documented that people of "sound mind" don't wish to take their own lives. those who wish to kill themselves do so because they have lost their sense of dignity, or a quality of life they (or others) consider worthy of having - in effect, they do so because they are depressed. That's what depression stems from: losing something, someone, or an ability.This past Summer, an Italian doctor alleged that Pope John Paul II went against the Church teaching on Euthanasia and Assisted Suicide when refusing treatment in the last days of his life. This made us think, here at S+L that there is still much confusion when it comes to Church teaching on this topic. In truth, the stories of those with the "right to die" mentality, are very compelling. And it is not enough to throw around the Fifth Commandment: Thou shalt not kill. 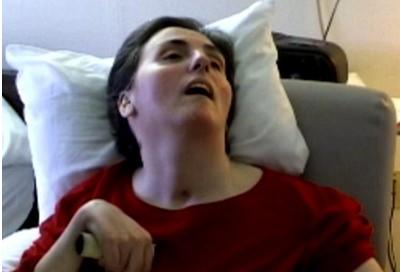 Let me give you an example: Around two weeks ago, I asked Alex Schadenberg, Executive Director of the Euthanasia Prevention Coalition what the law was in Canada when it came to the meaning of "medical treatment." I asked this because when making Turning the Tide Bobby Schindler spoke about what happened to his sister Terri Schiavo. He said that in every American State, food and water are considered medical treatment, or "extraordinary care," which is why when the court ordered to stop all medical treatment, the doctors were able to starve and dehydrate Terri to death.Let me clarify: I have had an accident and I’m in a coma. Prior to that accident, I had discussed with my wife, my parents and loved ones that were this to happen to me, I was not to have any medical treatment – assuming that medical treatment means no resuscitation, no respirator or any machines to keep the body alive. For the doctors, for the medical system, because feeding would require a tube -- it would be considered medical treatment. So while I (even in a comatose state) and my family think that I would be treated with dignity and given the necessary basic care, the doctors would be starving and dehydrating me to death.I wanted to know if this could happen in Canada. This was Alex's response: "I just got a phone call from a priest, whose parishioner's son is currently being starved and dehydrated in one of Toronto's hospitals." Why? Because the parents and his wife, requested to terminate all medical treatment. This of course, means no food or water. Two days after our conversation, he called to let me know that the young man had died.Not only could it happen in Canada, but it does happen. It happens more than we think. But no one wants to talk about it.Are we scared of offending the "right-to-die" people?And so, because many of these specifics are not dealt with in Turning the Tide, we decided to address them in a two-part Catholic Focus special: What does the Church say about dying with dignity? What is the meaning of our suffering? What is the meaning of death? What is considered extraordinary care and what is basic care? When do we stop treatment? Why is it that when Pope John Paul II refuses treatment in the last days of his life, it is not euthanasia? What is natural death? All these, and more questions are answered on Wednesday November 28th and Thursday November 29th's Catholic Focus, at 7pm and 11pm ET, with guests Alex Schadenberg and Fr. Bill McGratton, the Rector and Professor of Moral Theology at St. Peter's Seminary (fans of Vox Clara will know Fr. McGrattan very well). The episodes also repeat Saturday December 1st and Sunday December 2nd at the same times.For more information on the International Symposium on Euthanasia and Assisted Suicide, go to www.epcc.ca and for information on the Physicians for Life, Medical Student Forum taking place in the same place on the same two days, click HERE. For a closer look at the topic of Euthanasia and Assisted Suicide, check out our documentary Turning the Tide: Dignity, Compassion and Euthanasia.We need to educate ourselves on these topics so that we can have the conversation with those who may think that it's OK to kill yourself if you are terminally ill, or dying, or severely disabled, as long as you are of "sound mind." Otherwise, the laws will be changed and we won't know what hit us.While proponents of Euthanasia and Assisted Suicide have very compelling arguments, they ignore the most basic argument of them all: life is sacred at every stage, from conception to natural death, and that suffering and extreme pain, emotional or physical does not de-value us as human beings. It also ignores the fact that death is not an "ending," but rather a "transition." They also ignore the fact that legalizing euthanasia and assisted suicide, even with all the proper safeguards in place to protect the most vulnerable, the elderly, those with chronic pain, and terminal illnesses, and the disabled, will only lead to one thing: a world where the strong make decisions for the weak and where the doctor's "white coat of the healer" becomes the "black hood of the executioner".Let me know your thoughts. Always happy to hear from you, and remember to check out Catholic Focus Wednesday and Thursday at 7pm and 11pm ET or catch the encore presentations on Saturday and Sunday at the same times.Pedro (pedro@saltandlightv.org)