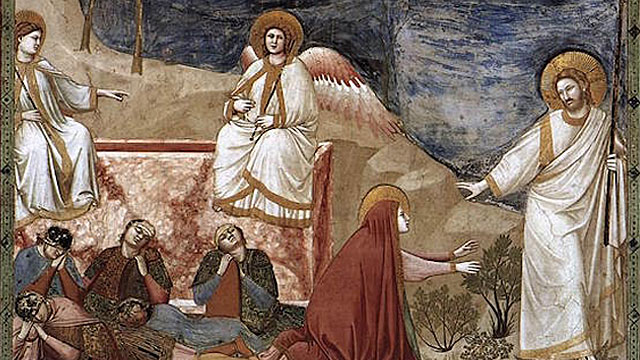 The significance of today’s announcement from the Vatican Congregation for Divine Worship and the Discipline of the Sacraments decrees that the liturgical memory of Mary Magdalene becomes a feast, like that of the other apostles. In the Mass and in the Divine Office to be celebrated on July 22, Feast of St. Mary Magdalene, the usual texts in the Roman Missal and the Liturgy of the Hours will be used, but the Mass will also include a specific Preface entitled "de apostolorum apostola" (Apostle of the apostles"), the full Latin text of which is given below. The bishops, upon approval by the Holy See, will make this accessible in the various vernacular languages.

Preface of the Apostle of the Apostles It is truly right and just, our duty and our salvation, always and everywhere to give you thanks, Lord, holy Father, almighty and eternal God, whose mercy is no less than His power, to preach the Gospel to everyone, through Christ, our Lord. In the garden He appeared to Mary Magdalene, who loved him in life, who witnessed his death on the cross, who sought him as he lay in the tomb, who was the first to adore him when he rose from the dead, and whose apostolic duty was honored by the apostles, so that the good news of life might reach the ends of the earth. And so Lord, with all the Angels and Saints, we, too, give you thanks, as in exultation we acclaim: Holy, holy, holy Lord, God of power and might ...

Read the full text of the decree below:

The Church, both in the East and in the West has always regarded Saint Mary Magdalene the first witness of the Lord’s resurrection and the first evangelist, and with the greatest reverence has always honoured her although in diverse ways. Given that in our time the Church is called to reflect in a more profound way on the dignity of Woman, on the New Evangelisation and on the greatness of the Mystery of Divine Mercy, it seemed right that the example of Saint Mary Magdalene might also fittingly be proposed to the faithful. In fact this woman, known as the one who loved Christ and who was greatly loved by Christ, and was called a “witness of Divine Mercy” by Saint Gregory the Great and an “apostle of the apostles” by Saint Thomas Aquinas, can now rightly be taken by the faithful as a model of women’s role in the Church. Therefore the Supreme Pontiff Pope Francis has established that from now on the celebration of Saint Mary Magdalene should be inscribed in the General Roman Calendar with the rank of Feast rather than Memorial as is presently the case. The new rank of celebration does not involve any change of the day on which the celebration itself takes place and, as for the liturgical texts, the following is to be observed: Where, according to particular law, Saint Mary Magdalene is legitimately celebrated on a different day and as a Solemnity, this day and rank remains as before. All things to the contrary notwithstanding. From the Congregation for Divine Worship and the Discipline of the Sacraments, 3 June 2016, Solemnity of the Most Sacred Heart of Jesus. Robert Card. Sarah Prefect Archbishop Arthur Roche Archbishop Secretary