Dealer of Hope: The Story of an Extraordinary Priest

This documentary is a story of hope which brings you to the snowy streets of Montreal in order to meet an extraordinary priest. Father Claude Paradis lives his ministry on the street, among the homeless. A former homeless man himself and a drug addict, he has become a dealer of hope, bringing comfort where there is misery. As we wander through the wintry cold of December, Father Claude tells us about his life: from his desire to commit suicide to his call to become a priest to his alcohol and drug addictions. A story both terrible and hopeful which allows us to understand his mission and vocation as a priest. Today, by being a comforting Church presence among the homeless, Father Paradis wants to call attention to the realities of homelessness, in particular to eliminate prejudices and to make himself the voice of those to whom we do not listen. And that’s why his parish is the streets and the garbage cans. It’s on this territory that he shares the Gospel, celebrates Mass, and makes himself available, with humility, for the comfort of those who have lost everything. This mission which he lives on a daily basis is the experience of the Gospel of St. Matthew (25:35), which calls us to put ourselves at the service of the least. Just as in this biblical episode, Father Claude sees in the street the one who hungers to be recognized by someone, the one who thirsts to be loved, the one who wants to be clothed with dignity … for these forgotten people, by his own admission, he is ready to die. Like the shepherd who gets his hands dirty in the middle of his flock, Father Paradis joins his people in their daily lives, on the peripheries of their existence. Like Christ, who did not come for those who are healthy but for the sick.

The French version (without English subtitles) is available now. Click here to watch. 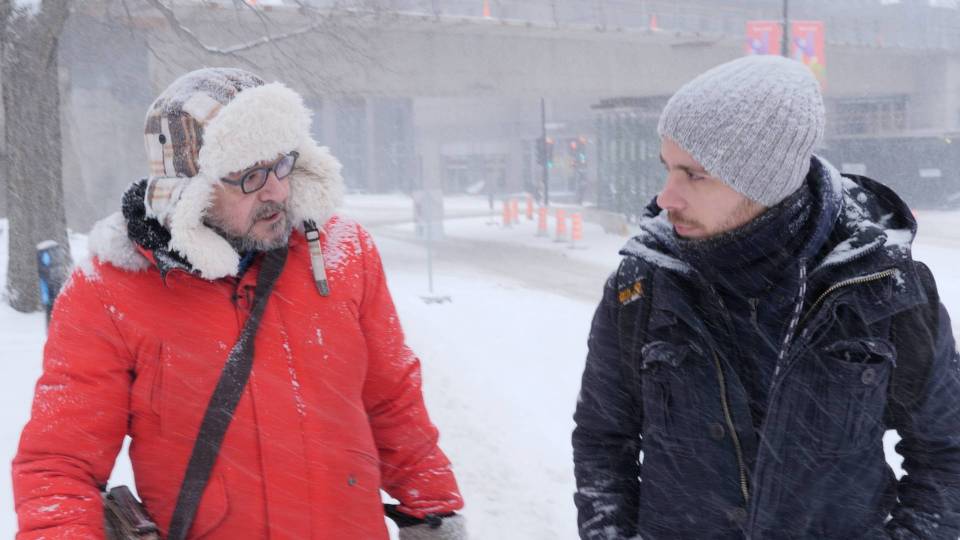