Deacon-structing: A Devotion to the Little Flower 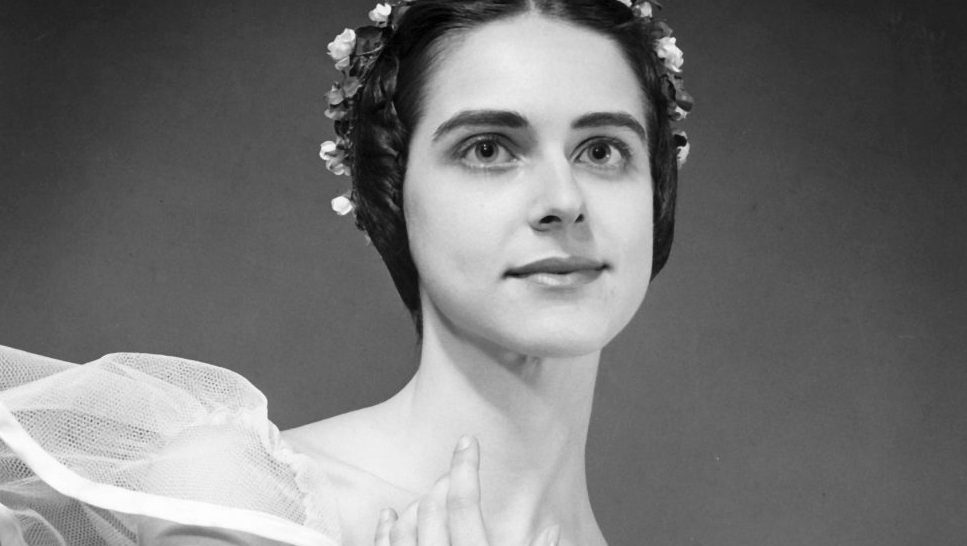 As much as I know that my mom was a woman of deep faith and belief in Eternal Life, I’m finding it hard. I’m usually OK, until someone asks me how I am. My mom was also a public figure. She was a ballet dancer and teacher. She was well-traveled and well-read. She was a strong-willed woman and I remember thinking as a kid that she was one of the smartest people I knew. When my mom was younger she danced with the National Ballet of Canada. In 1958, she was interviewed by the Catholic Register. Today, in her honour (and thanks to Jim O’Leary, Publisher and Editor of the CR, who helped me find the article), I’d like to re-publish that article it here. (Footnotes are mine.)

Ballet Star, Daily Communicant Credits Success to Little Flower By Catherine Smyth Toronto, Jan 13 – Saint Teresa (1) , or The Little Flower as she is more frequently referred to, is known as the Saint of the Little Ways, that is, doing everything no matter how small, for the love of God. By these deeds, she became one of the greatest saints for, in the words of Pope Pius XI… “from the depths of the cloister she has fascinated the whole world.” Millions have devotion to her and in many cases, it’s the very young because of the saint’s extreme youthfulness. A 23 year old girl named Teresa Mann is one of these millions, but in Teresa’s case, life is a bit different from the ordinary. Certainly from that of the little Carmelite nun. Teresa Mann is a ballerina. In an interview recently, Teresa told how she started studying ballet when she was five years old in Lima, Peru. “But all I ever had was the will inside me to keep trying. I was all wrong for ballet but I’ve been just stubborn enough to continue through all odds and adversity. I even changed the shape of my body through exercise,” she added. As a result, today she figures prominently as a member of the corps de ballet of the National Ballet of Canada who presently are completing a four week engagement at the Royal Alexandra in Toronto and then are starting a tour of six Canadian provinces and 22 American states in the U.S. Teresa who is enjoying every moment, says “the Hand of God directed me to this very fine company where, I feel I contribute something, in a small way. Ballet is one of the finest of the arts and I want to give my talent given to me by God as a contribution to the world.” Born in Panama, Teresa lived in Lima, Peru, where her parents still live. Her father is connected with the foreign division of the Royal Bank of Canada. Teresa has a Spanish (2) mother and her father who originally came from New Westminster, B.C. is of Scottish, Dutch, French and Scottish descent. Teresa received her Bachelor of Arts degree from the College of the Holy Names (3) in Oakland, Calif., being taught by the Holy Names Sisters originally from Montreal, P.Q. She majored in French but all her life all she wanted to do was dance. Having much courage, and stamina, today she is realizing this ambition. During the tour, Teresa invariably seeks out the Catholic Churches where there most always is a statue of The Little Flower. “Maybe at the time, I don’t actually feel like praying, but I just sit there and everything seems much better afterwards.” Teresa says her Rosary daily and is a frequent communicant. “I would dearly love to go to Mass daily but late hours of ballet dancing makes this impossible. I go as often as I am able during the week, though.” “Frequently, I am tested about my faith because travelling as we do, and meeting so many people it is bound to happen. I just say a prayer to the Holy Ghost and I’ve never been stumped for the correct answer." Coming from Lima, Peru, she also says ejaculatory prayers to St. Rose of Lima and Blessed Martin Porres, the little Negro brother (4). The little ballerina is an excellent example for other young and brilliant dancers to combine both a worldly and a spiritual life, and do both so well. “There is always time to think of God and He is all that really matters,” says Teresa. She also feels spiritual reading is necessary and with her when she travels is a book called “L’histoire d’ame” (5) – the Story of a Soul – which is the autobiography of St. Teresa. She reads one paragraph and re-reads it. And she has been doing this for a long time. “Each time, I get something more out of the little book,” she added. -- 1. Thérèse de Lisieux 2. My grandmother was actually Panamanian. There’s Spanish descent but also Italian on her side. 3. In 1971 the college changed its name to Holy Names College. Now it is Holy Names University. It is still in Oakland, California, although in 1957 it moved to a new location. My mother graduated in 1955. 4. He is now Saint Martin de Porres. He was a Dominican lay brother in Lima, since he could not be a priest because of his mixed race. He was a he was the “illegitimate” child of a Spanish father and a black, mother, who was a freed slave (and who, coincidentally was Panamanian). Of course, we don’t refer to him as the “Little Negro brother” anymore. 5. The original title of The Story of a Soul in French is “Histoire d'une âme”. 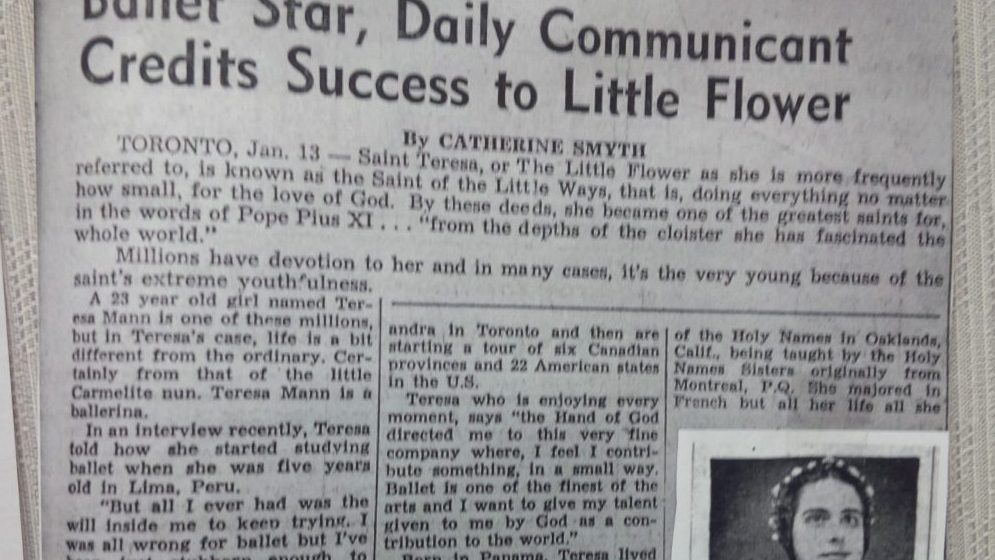 My mother danced with the National Ballet of Canada for five seasons, and after a few years in London, England, returned to Panama, where she met my dad. In Panama she went on to be a founding member of the National Ballet of Panama and was its principal dancer until 1983 when she finally left the company in order to dedicate herself full time to her students at the Escuela de Danzas Teresa Mann that she had founded in 1965 and her Ballet de Teresa Mann, founded in 1975. In 2000 she received the equivalent of the Order of Canada: the “Condecoración Nacional de la Orden Manuel Amador Guerrero en Grado de Gran Oficial”, for her contribution to the development of culture in Panama. 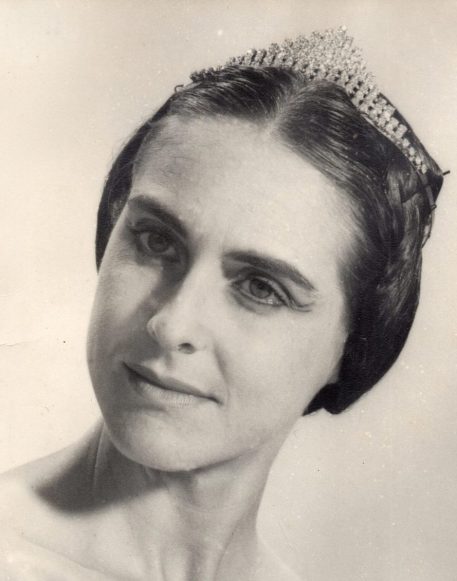 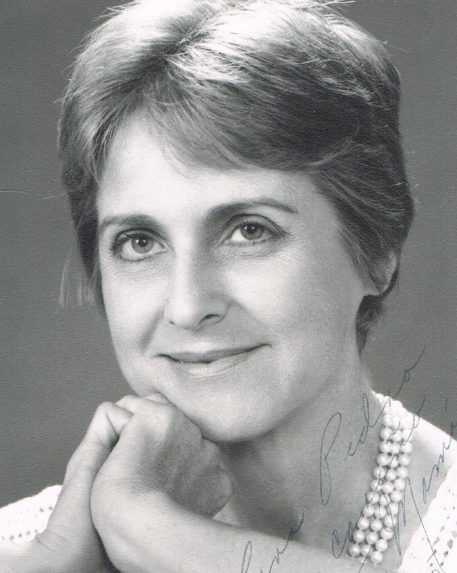 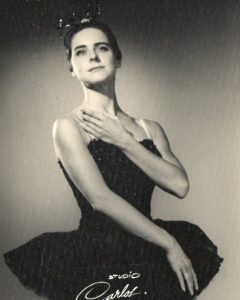 We grew up listening to stories about her time in Toronto and on tour with the National Ballet of Canada. Until last year she was still in touch with many of her friends from her time in Canada. One of these was Valerie, who joined the NBC at age 16. She says that my mom, who was in her early 20s, “took her under her wing” and when they were on tour, would take her to daily Mass. Even though she was Catholic, Valerie had never even heard of daily Mass! She says that my mom was a great influence in her life. Valerie eventually left dancing and, today, she is Mother Miriam of Jesus, prioress at the Discalced Carmelite Monastery of Buffalo, NY at the Shrine of the Little Flower of Jesus.

She left a deep legacy in Panama and touched so many around the world. In a letter my mom wrote that was published in the Holy Names Alumni Bulletin in 1958, when the NBC was touring California, she said, "Finally I have achieved that peace of soul which comes from knowing that this is my mission in life." Teresa Mann found her mission in life. I pray that all of us are able to find that peace of soul. My mom also never wavered in her devotion to the Little Flower, Saint Thérèse. It is of great comfort that she is now, perhaps already, joining her in spending her “heaven doing good on earth.” And I’m sure Saint Thérèse is enjoying the dance lessons.