Deacon-structing the Preferential Option for the Poor – Part 3 | Ethics 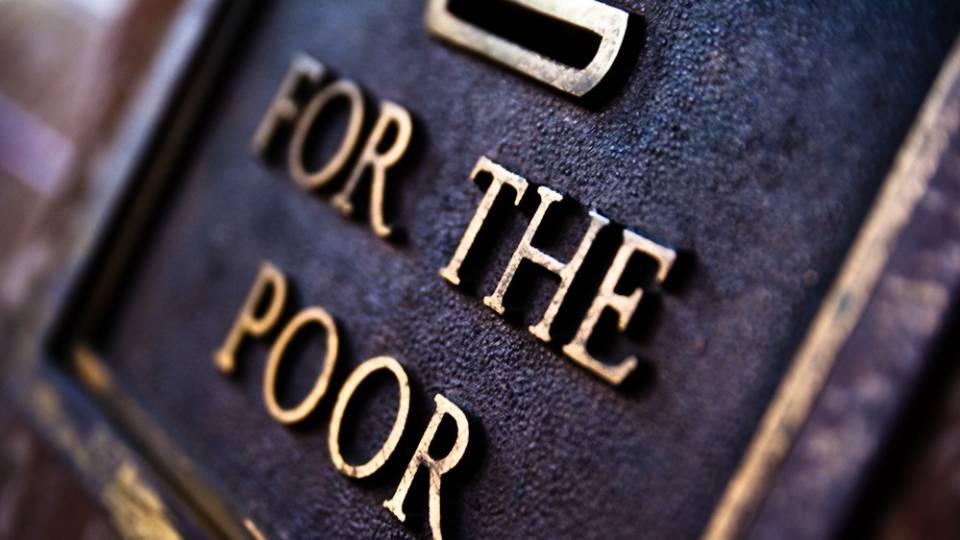 Photo: Steven Depolo (CC BY 2.0)
Two weeks ago we began a reflection on the Church's teaching that we must have a preferential option for the poor, and we looked at how this teaching is rooted in Scripture. Last week we saw that over the last two thousand years, this has been a part of Catholic tradition. In fact, all Abrahamic faiths have very similar teachings on poverty. For example, the Qur’an says “Allah commands justice, the doing of good, and liberality to kith and kin, and He forbids all shameful deeds, and injustice and rebellion” (16:90). And: “If the debtor is in a difficulty, grant him time till it is easy to repay. But if ye remit it by way of charity, that is best for you, if ye only knew” (2:280). And also: “Give just measure, and cause no loss (to others by fraud). And weigh with scales true and upright. And withhold not things justly due to men, nor do evil in the land, working mischief” (26:181-184). And: “O ye who believe! Eat not up your property among yourselves in vanities: but let there be amongst you traffic and trade by mutual good-will” (4:29). [From The Holy Quran, Translated by Abdullah Yusuf Ali, Goodword Books: New Delhi, 2003.] This is because all three, Judaism, Christianity and Islam, are very much rooted in the Old Testament teachings, and, as we saw two weeks ago, the Old Testament offers a lot of guidance with regards to taking care of the needy, the poor, and the oppressed. We must do as Psalm 146 says God does. He offers justice for the poor and he takes care of them:

...who executes justice for the oppressed; who gives food to the hungry. The LORD sets the prisoners free; the LORD opens the eyes of the blind. The LORD lifts up those who are bowed down; the LORD loves the righteous. The LORD watches over the strangers; he upholds the orphan and the widow... (Psalm 146:7-9)

But perhaps the most important teaching is the attitude that we are all responsible for the poor. In the book of Deuteronomy we learn that every third year we must take the full tithe (tenth) of our offering and give it to the poor (Deuteronomy 14:28). That means that one-third of the 10% we offer to God must be given to the needy. We are responsible for the needy. But Psalm 72 says that the king must watch over the poor and needy: “May he defend the cause of the poor of the people, give deliverance to the needy, and crush the oppressor” (Psalm 72:4). So the king is also responsible for the poor. It is appropriate that all of us take care of the poor. There is a government response, a community response, as well as an individual response. This was Jesus’ attitude. He looked on the poor with compassion. He healed them, he fed them, and he taught them. He truly lived the passage from the first verse of Isaiah 61: “The Spirit of the Lord is upon me, because he has anointed me to bring good news to the poor. He has sent me to proclaim release to the captives and recovery of sight to the blind, to let the oppressed go free…" (See Luke 4:18.)

Who are the poor?

There are several terms used in the New Testament that refer to the poor. In particular, I’ve read that there are two: There are the "begging" poor: the blind, the lame, outcasts, untouchables, criminals, and prostitutes. There are also the "working" poor. These were people who were not wealthy but were self-sufficient. These were the bulk of the population: merchants (very few were well off), artisans, manual labourers, farmers, and fishermen. Still, we know that all kinds of people followed Jesus. Some were wealthy, some were economically poor. They may have had different needs, but they were not all "poor". [There's a very interesting article from Jerome Neyrey, SJ, of the University of Notre Dame, which delves into this more deeply.] But the Gospels tell us that Jesus looked on all of them and had compassion (Matthew 9:36). He also gave them hope. And this, for the last 2000 years, has been the Christian response to suffering, poverty, oppression, and need.

First, we believe that there is a moral, eternal law. There is absolute Truth. We are all called to that Truth. And because of Natural Law, we are inclined towards that Truth and we can know that Truth (CCC 1955). St. Thomas Aquinas (c. 1225–1274) explains it further: He says that human beings, as rational creatures, are subject to Divine Providence in a special way – in that they are called to take care of themselves and others. Aquinas says that it is the Natural Law which enables the rational creature to do this. He explains further that the Natural Law is “nothing else than the rational creature’s participation of the eternal law” (Summa Theologica I-II, 91, 2).

And so, we are called to do good.

And what is good? The Vatican II document, Gaudium et Spes says that anything that is hostile to life itself and whatever violates the integrity of person (and therefore hostile to life), regardless of the further intentions or the circumstances, is intrinsically evil (27). This means that actions that promote people and their good are fundamentally good. And so, when we feed the hungry, clothe the naked, visit those in prison, etc., we are promoting their good and promoting life. In short, following the biblical teachings and Christ’s approach to the poor is inherently and morally good. Pope John Paul II’s encyclical Veritatis Splendor states:

Activity is morally good when it attests to and expresses the voluntary ordering of the person to his ultimate end and the conformity of a concrete action with the human good as it is acknowledged in its truth by reason. If the object of the concrete action is not in harmony with the true good of the person, the choice of that action makes our will and ourselves morally evil, thus putting us in conflict with our ultimate end, the supreme good, God himself. (72)

And so, in our solidarity with the poor, our preferential option and love for the poor, we are fulfilling not just our call to communion with the Triune God, but also helping the poor fulfill their call. Come back next week to learn about a fascinating lecture I heard by Rick Tobias, former Executive Director of Yonge Street Mission in Toronto.