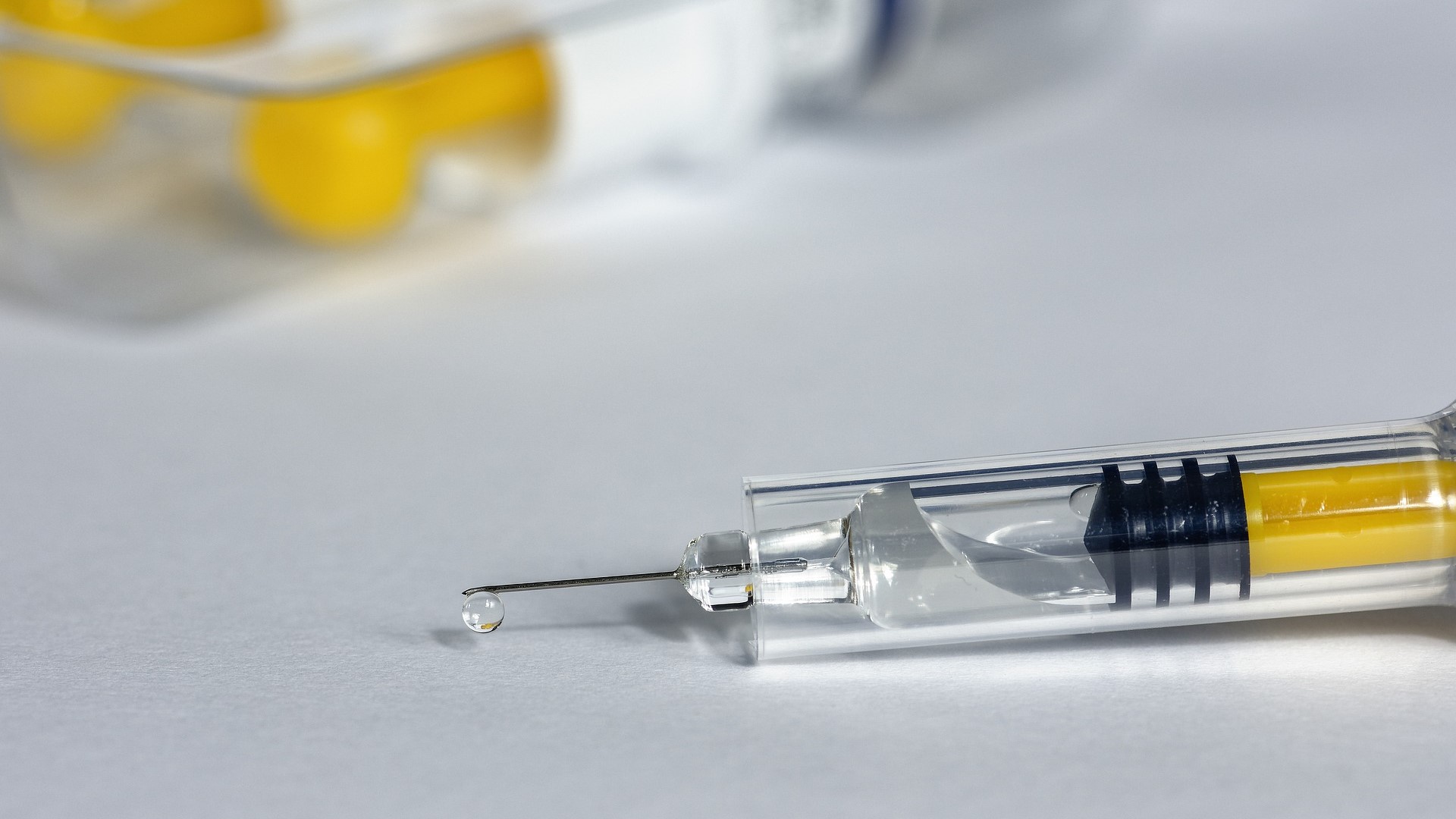 Image by Willfried Wende from Pixabay
You may remember that I wrote about the euthanasia expansion in Canada earlier this year. Medical Assistance in Dying, or MAiD (also known as Medical Aid in Dying or Medically Assisted Death) was made into law in Canada in 2016. Although the MAiD legislation is required to undergo a parliamentary review after 5 years of coming into force, the government has undertaken to amend the legislation now due to a ruling from a Quebec court that held certain provisions unconstitutional. Rather than appeal this ruling, the government decided to comply with it by introducing changes to the law which, in effect, would make MAiD more permissible in our country. So, in order to comply with the timing set out in the Quebec court ruling, at the beginning of the year, the government went through a brief consultation period. Once that period ended, a bill was proposed: Bill C-7. And although the bill died when parliament was prorogued in the summer, it has been reintroduced. What are the changes? According to the Quebec court decision, the amended bill must not require that a person’s natural death be reasonably foreseeable in all cases. Bill C-7 does that, but it also: There are also concerns that, as written, the bill permits anyone who believes that their physical or psychological suffering is intolerable to receive MAiD after a 90-day reflection period, even if effective medical treatments for their condition exist, if those treatments cannot be made available to the person in less than 90 days. The Catholic Bishops of Canada opposed the change of law in 2016 and continue to oppose this legislation, reminding us that they give access to a service that hastens death instead of providing increased services to those who need it to support life. Our bishops also remind us that the intentional taking of a human life as a solution to suffering is unacceptable for a civilized society. Not just our Catholic Bishops An ecumenical and inter-faith open letter to all Canadians, titled We Can and Must Do Much Better, was signed by more than 50 signatories as well as the Canadian Conference of Catholic Bishops. It was endorsed by many groups and individuals, including several rabbis representing various Jewish associations, the president of the Canadian Council of Imams, an Anglican archbishop, the Evangelical Fellowship of Canada, a representative of Ahmadiyya Muslim Jama’at Canada, the primate of the Greek Orthodox Church, and the primate of the Armenian Prelacy, as well as leaders of the Mormon, Mennonite, and various Evangelical and other Christian churches. In addition, representatives from disability rights organizations, the medical community, and the legal profession in Canada have been speaking out against the expansion of MAiD. Concerned doctors are calling this a change from Medical Assistance in Dying (MAiD) to Medically Administered Dying (MAD). This time of COVID has reminded us how important it is to care for each other – especially for the elderly and most vulnerable. Furthermore, we have been forced to understand that limiting certain individual liberties is sometimes necessary for the common good. At the same time, if Bill C-7 is passed into law, it would widen the availability of medical assistance in dying to more people who are sick and suffering, whether their death is foreseeable or not. In fact, most of the safeguards that were deemed necessary in 2016 would be repealed or modified, making Canada one of the more permissible euthanasia providers in the world.

I invite you to join me on Tuesday, November 17 at 8:30 pm ET (5:30 pm PT) for a conversation with Bishop William McGrattan of Calgary and Dr. Moira McQueen of the Canadian Catholic Bioethics Institute to learn what our Catholic response should to be.

You can read Bill C-7 here, and to learn more and read the statements from our bishops, visit the Canadian Conference of Catholic Bishops. UPDATE: A Catholic Response to Bill C-7 is now available to stream online. Click here. 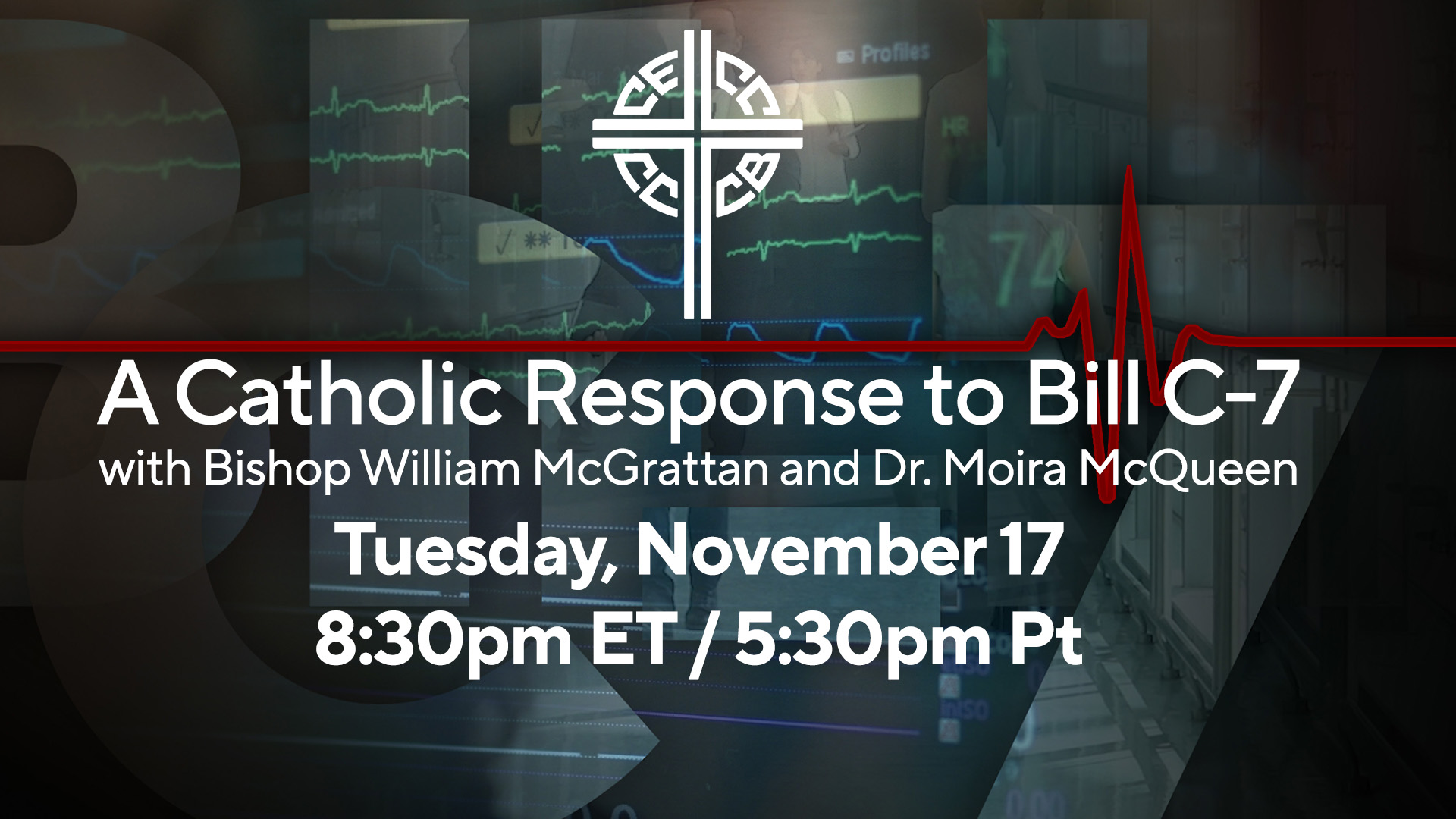