Deacon-structing the Anointing of the Sick | Part 2 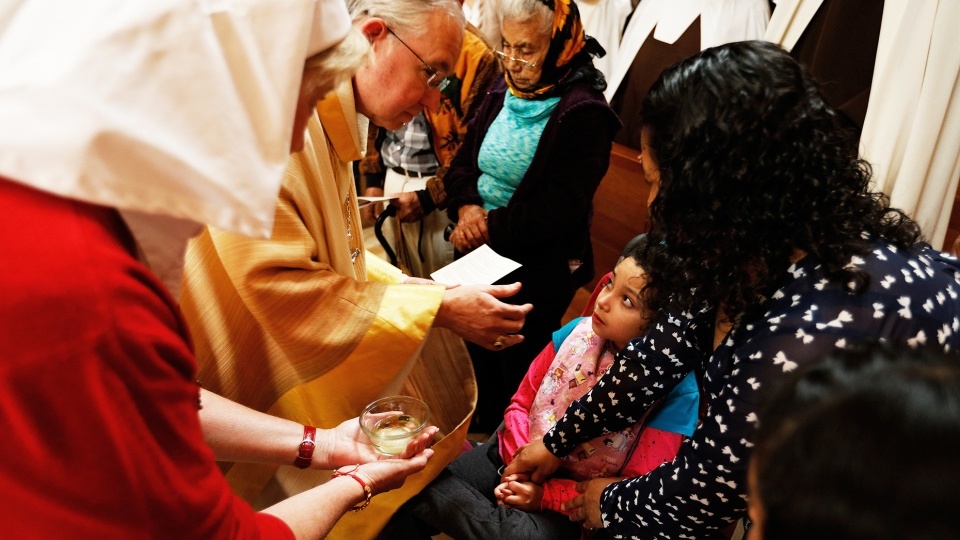 Los Angeles Archbishop Jose H. Gomez prays over a child during an Anointing of the Sick service at the Cathedral of Our Lady of the Angels in Los Angeles in 2016. (CNS photo/Victor Aleman, Vida-Vueva.com)
Last week we began looking at the Sacrament of the Anointing of the Sick by understanding a bit where it comes from based on Scripture and what the Catechism of the Catholic Church has to say about the Sacrament. Let's continue.

The Catechism says that the Anointing of the Sick is sometimes referred to as Extreme Unction because there was a time when it was mostly only administered when people were close to death (CCC#1512). [The term Last Rites refers to all the prayers that are offered to a person before death. This may include the Anointing, Confession, and Viaticum (Communion).] But the Sacrament is not only for those who are at the point of death. As soon as people begin to be in danger of death from sickness or old age, it’s the right time for them to receive this Sacrament (CCC#1514). If a sick person who received Anointing recovers, they can, in the case of another grave illness, receive this Sacrament again. Or if during the same illness the person's condition becomes more serious, the Sacrament may be repeated (CCC#1515). It is also fitting to receive the Anointing of the Sick just prior to a serious operation. The same holds true for the elderly whose frailty becomes more pronounced.

The Sacrament of the Anointing of the Sick is administered to those who are dangerously ill, by anointing them on the forehead and hands with olive oil, or, if opportune, with another vegetable oil, properly blessed, and saying once only the following words: Per istam sanctam unctionem et suam piissimam misericordiam adiuvet te dominus gratia spiritus sancti, ut a peccatis liberatum te salvet atque propitius alleviet.

The Catechism of the Catholic Church says pretty much the same thing, but gives us the form in English:

The Sacrament of Anointing of the Sick is given to those who are seriously ill by anointing them on the forehead and hands with duly blessed oil - pressed from olives or from other plants - saying, only once: "Through this holy anointing may the Lord in his love and mercy help you with the grace of the Holy Spirit. May the Lord who frees you from sin save you and raise you up." (CCC#1513)

Only priests (bishops and presbyters) are ministers of the Anointing of the Sick. It is the duty of pastors to instruct the faithful on the benefits of this sacrament. The faithful should encourage the sick to call for a priest to receive this sacrament. The sick should prepare themselves to receive it with good dispositions, assisted by their pastor and the whole ecclesial community, which is invited to surround the sick in a special way through their prayers and fraternal attention. (CCC #1516)

Come back next week and we’ll look at the Graces that are received with this Sacrament.