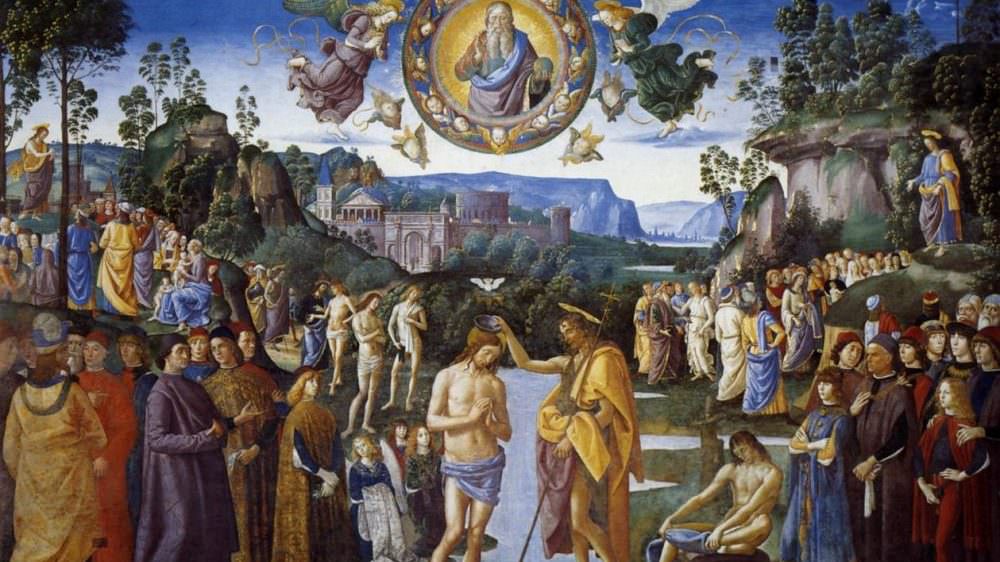 I'm confused because this is a major feast.

The Church tells us that today marks the end of the Christmas season and today we see a very different image of Jesus that we’ve been seeing the last couple of weeks: The baby is replaced by a very grown man. The supporting characters of the young married couple looking for a place in the Inn are replaced by a character who lives in the desert and wears clothing made of camel’s skin. The flying angels are replaced by the Holy Spirit in the shape of a dove and instead of hearing choirs singing Gloria, we hear the voice of God the Father. I'm also confused by something else. Is today the end of the Christmas season, or the beginning of Ordinary Time? In my parish, all the Christmas decorations have been taken down. Isn’t it true that the Christmas season is the time when we get to listen to all the stories about when Jesus was a child? But Jesus was baptized as an adult! And the Presentation at the Temple, which happened when Jesus was very much a baby – 8 days old – does not happen for another three weeks, on February 2nd. Why is that not part of the Christmas season? I was told today that the Vatican leaves all their Christmas decorations up until February 2nd. In fact, that’s what it used to be. I’ve been told by some who remember before Vatican II that the Christmas season used to end on February 2nd.

Part of the reason why it’s confusing is that the early Church didn’t celebrate Christmas. They celebrated The Feast of the Theophany. Theophany means “manifestation of God.” It’s similar to “Epiphany”. Any manifestation of God is a “theophany”. When God appears to Moses in the burning bush, that’s a theophany. The Feast of the Theophany commemorated three manifestation events: The manifestation of God as a human being in the Nativity and the Incarnation; The manifestation of Jesus as the Son of God, in the Baptism – because the heavens were opened and the Father’s voice was heard, “this is my beloved Son, in whom I am well pleased.” The baptism is also a manifestation of the Trinity because the Father’s voice is heart, the Son is baptized and the Spirit descends. The third moment is a manifestation of the divinity of Jesus as expressed at the Wedding at Cana because according to the Gospel of John this is when Jesus performs his first miracle. Next year (during the Liturgical Year C), we will hear that Gospel on the Sunday following the Baptism Sunday. Some of us have friends or relatives in the Ukrainian Church or in the Eastern Rite or Orthodox Churches. They say that they celebrate Christmas on January 6th, but they are not really celebrating Christmas; they are celebrating the Feast of the Theophany, which includes 3 “manifestation” events. So we have three moments, but the Theophany is really centred in the one event of the Baptism, because the manifestation that we celebrate tomorrow is huge. It’s not every day that we hear God’s voice. That doesn’t happen at the birth of Jesus. Angels are flying around and singing, but we don’t hear God’s voice. It doesn’t happen when Jesus is on the cross. God is very much absent when Jesus is on the Cross. It doesn’t happen at his resurrection. And those are three important moments.

Come back next week and we'll look at what this all means for us today.