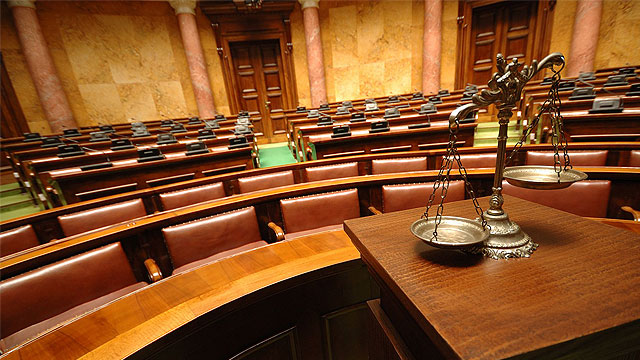 You may know that I am currently in Edmonton taking part in the Every Life Matters series. This is an initiative by Archbishop Richard Smith to begin conversations on an important topic that is bound to touch all of us at some point in time. What precipitated the series is the fact that our legal landscape in Canada is changing. As of June 7, 2016, it will no longer be a criminal offence for medical practitioners to assist people in dying if three conditions are met – well, at least if three conditions are met – the law is not yet written and there may be other conditions. There may be other allowances. As we approach the June 6 deadline, I hope to unpack some topics related to these issues. If you are interested in learning more, please read my blog series titled Deacon-structing End of Life (Part 1, Part 2, Part 3, Part 4 and Part 5) When I wrote that series I did not look specifically at the legal questions. I’d like to do that today, but first, a few definitions:

And now, the Law: There are two sections in the Criminal Code that are being changed. They are:

Criminal Code s. 241(b) – everyone who aids or abets a person to commit suicide, whether suicide ensues or not, is guilty of an indictable offense and liable to imprisonment for a term not exceeding 14 years. Criminal Code s. 14 – no person may consent to death being inflicted on them, and such consent does not affect the criminal responsibility of any person by whom death may be inflicted on the person by whom consent is given.

The way I understand it, is that in Canada, the Charter of Rights and Freedoms, allows us to challenge any law. The Charter says in Section 7 : “Everyone has the right to life, liberty and security of the person, and the right not to be deprived thereof except in accordance with the principles of fundamental justice.” Based on section 7 of the Charter, during the Carter v. Canada case of February 2015, Criminal Code sections 14 and 241 have been challenged as unconstitutional.  In that case, which involved several parties, including the family of Kay Carter, a woman suffering from degenerative spinal stenosis, and Gloria Taylor, a woman suffering from ALS, the Supreme Court unanimously ruled that these two sections of the Criminal Code are unconstitutional. I other words they ruled that not allowing people the right to assistance in dying violated their right to life, liberty and security. They gave the government until June 6, 2016 to re-write the law. The Supreme Court of Canada said:  “We conclude that the prohibition on physician-assisted dying is void insofar as it deprives a competent adult of such assistance where 1) the person affected clearly consents to the termination of life and 2) the person has a grievous and irremediable medical condition (including an illness, disease or disability) that causes enduring suffering that is intolerable to the individual in the circumstances of his or her condition.”  The ruling goes  on to say that “Criminal Code s. 214(b) and s. 14 infringe Canadian’s rights to life, liberty and security of the person, and do not do so in accordance with the principles of fundamental justice.” The request is subject to three conditions: The Supreme Court also added that nothing in their decision will compel a doctor to provide a physician-assisted death and that physician-assisted death is not available to minors, people with minor medical conditions or to people with psychiatric disorders. Following this ruling, the federal government struck a joint committee to re-write the law and made 21 recommendations to the House of Commons. These recommendations are not yet law – they are recommendations, but they considerably expand the scope of physician-assisted death beyond what the Supreme Court decided was necessary to fit within the Charter. For example the Joint Committee recommends that: You may have noticed that the words “Euthanasia” and “Assisted suicide” are not to be found anywhere in any of these proposals, recommendations or suggestions. The term that is being used is “medically assisted dying” which is a term that avoids catch phrases like “suicide” and keep the proposed changes in the realm of health care services rather than the criminal courts. The term “medically assisted dying” includes both voluntary euthanasia and assisted suicide as per the definitions presented above. Another complication is that even though the Criminal Code is under Federal jurisdiction, this will affect how medical services are delivered and that is under Provincial jurisdiction and so the new law will affect both levels of government. It will also affect all Medical Associations as they try to make sense of what that will mean for their members. This is where we are now. There is no doubt that the law will change and that medically assisted dying is now a reality in Canada, but we don’t know exactly what the law will say or what limitations or safeguards will be in place. However, it’s likely that, in order to meet the June 6 deadline, as early as next week, the proposed law will be presented to the House of Commons and voting process will begin. According to the Canadian Press, the new bill will not be as permissive as these recommendations suggest. Namely, the government will not adopt some of the most controversial recommendations from the special parliamentary committee. These include allowing mature minors the right to request assistance in dying; allowing advance requests for people who would like assistance if they get to the point where they have no competence; and allowing the request to be made by people suffering from psychiatric conditions or mental illness that impairs their competent ability to make the request. In rejecting these recommendations, the government would be creating a law that is very close to the Supreme Court parameters and would be trying to put safeguards in place so that the law cannot be abused. On Friday, Prime Minister, Justin Trudeau said that, "As Liberals, we stand to defend individuals' rights, but also need to make sure we're protecting the most vulnerable." Experts say that a restrictive bill would be open to many future Charter Challenges. Some say that a vague bill would also be subject to Charter Challenges, which is why many believe that safeguards don't work. This is what would is referred to as 'the slippery slope'. As we move towards this new Canada it's important that we have these conversations and that we inform ourselves as much as possible about these issues. More importantly, have these conversations with your family and loved ones. I invite you to watch the Every Life Matters series, presented by Archbishop Richard Smith of the Archdiocese of Edmonton. You can watch all the webcasts at www.caedm.ca and also, starting on April 23 on Salt + Light TV. You may also be interested in watching a series of interviews I am doing for our series Catholic Focus on End–of-Life Issues, which will air in May. More details on all these broadcasts as we approach those dates. Next week we will examine the best alternative to assisted dying: palliative care.

I can’t leave without inviting you to watch our award-winning documentary, Turning the Tide, which deals with Euthanasia and Assisted Suicide in Canada. It is a great documentary that presents all these themes very clearly and with its study guide, is perfect for classroom or for a parish event.