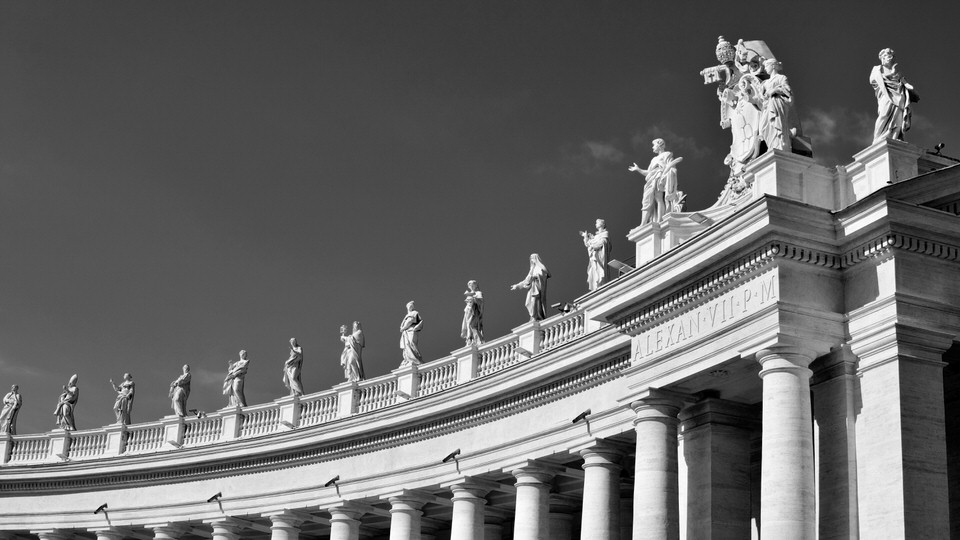 Photo by Sins S on Unsplash
Since much of our conversation these past weeks has been on Pope Francis' new encyclical, Fratelli Tutti, I thought it would be useful to explain what encyclicals are and also to give a quick overview of other types of papal documents. Since the time of the New Testament, our Church leadership has been sending letters in order to communicate with people. We are all familiar with the letters of St. Paul and also the other epistles that are found in the New Testament: the Letter to the Hebrews, and the letters by Sts. John, Peter, James, and also Jude. We could say that these letters are “exhortations” since the writers sent them to exhort, or encourage, those they were writing to. In the early Church, leaders continued to communicate via letters. There are letters by Clement of Rome, Ignatius of Antioch, Justin Martyr, Irenaeus, Tertullian, and Origen, to name but a few. I highly encourage you to read some (or all) of these. They are easy to find online (and in your Office of Readings). They will greatly enrich your Catholic living. I think it's safe to say that all of our popes have written letters and other documents, formally and informally. The formal ones have different purposes. Encyclical The name means “circular”. It is a letter in which the Holy Father expresses his view on certain teachings, doctrines, and other topics. Traditionally, they have been addressed to bishops and priests, but they can be addressed to "all people", as Pope Francis’ Laudato Si’ and Fratelli Tutti. The first pope to write a letter and call it an “encyclical” was Benedict XIV. The document was Ubi Primum (“On the Duties of Bishops”) in 1740. Since then, nearly 300 encyclicals have been issued. An encyclical is not doctrinal, in the sense that with it the pope does not define doctrine, and so its teachings are not definitive. However, they are authoritative. That means that we, the faithful, are compelled to follow them – but their teaching can change. Encyclicals get their titles from the first two or three words of the document. For example, John Paul II’s Fides et Ratio begins, “Faith and reason are like two wings on which the human spirit rises to the contemplation of truth.” His Evangelium Vitae, begins, “The gospel of life is at the heart of Jesus’ message.” Some important encyclicals that you might be familiar with (or might want to get familiar with!) are:

Other types of papal documents:

Apostolic Exhortations These are papal reflections on a particular topic addressed to all of the clergy and faithful in order to encourage or exhort them. This type of document was first used by Pope Pius XII. He wrote Asperis Commoti (to the clergy in the army) in 1939 and called it an "esortazione apostolica". These exhortations do not contain dogmatic definitions and are not legislative documents but, rather, are pastoral in nature. Recently, they have usually been written after a synod. Pope Benedict XVI wrote an apostolic exhortation, Verbum Domini, after the Synod on the Word of God. Pope Francis has written five: Evangelii Gaudium after the Synod on the New Evangelization; Amoris Laetitia after the Synod on the Family; Gaudete et Exsultate (not post-synodal) on the call to holiness;  Christus Vivit after the Synod on Youth and Vocational Discernment, and Querida Amazonia after the Synod on the Pan-Amazon Region. Apostolic Constitutions These are legal documents issued by the pope in his own name that deal primarily with serious doctrinal matters. They are often issued as papal bulls (see below). Since 1911 they have also been used for the establishment of dioceses and provinces. Pope John Paul II promulgated the Code of Canon Law,  as an apostolic constitution, Sacrae Disciplinae Leges. Motu Proprios The name comes from the Latin for “on his own impulse”; therefore, these are letters issued by the pope on his own initiative. They are used when establishing institutions or making small changes to canon law, for example. In recent years they have been one of the principal sources of new laws outside of the Code of Canon Law. Pope Benedict issued one on the use of the Tridentine Mass, and Pope Francis issued one when he created the Dicastery for Integral Human Development. Papal Bulls These are official declarations or announcements. The name comes from the Latin bulla, which refers to the papal seal. They can be on any topic, and many important documents are issued as bulls. Pope Francis issued a papal bull to announce the Holy Year of Mercy in 2015. There are also other types of documents, such as Apostolic Letters, Decrees, and Briefs. Of course, popes can also communicate in other ways (and they do), as with their homilies, speeches, and prayers. In modern times, popes have hosted a weekly General Audience as well as a weekly Angelus address.  All these addresses and messages are found on the Vatican website. Pope John Paul II's Theology of the Body is a series of 129 General Audience addresses given from 1979 to 1984, that have been compiled into a book. All of our last three popes, John Paul II, Benedict XVI, and Francis, have published books. Pope Francis’ most recent encyclical, Fratelli Tutti, is his third. It deals with fraternity and social friendship and addresses many topics from economics, politics, and social justice to the environment, religion, and ethics, and lays out what our response should be to the current social ills of the world. It is very easy to find all of these documents online. I've added links to help you, but you can easily find them by doing a simple search. Papal Encyclicals Online is a great resource, or, for all papal documents, homilies, and addresses, go to www.vatican.va where, under each pope, you can find every single document that they wrote.