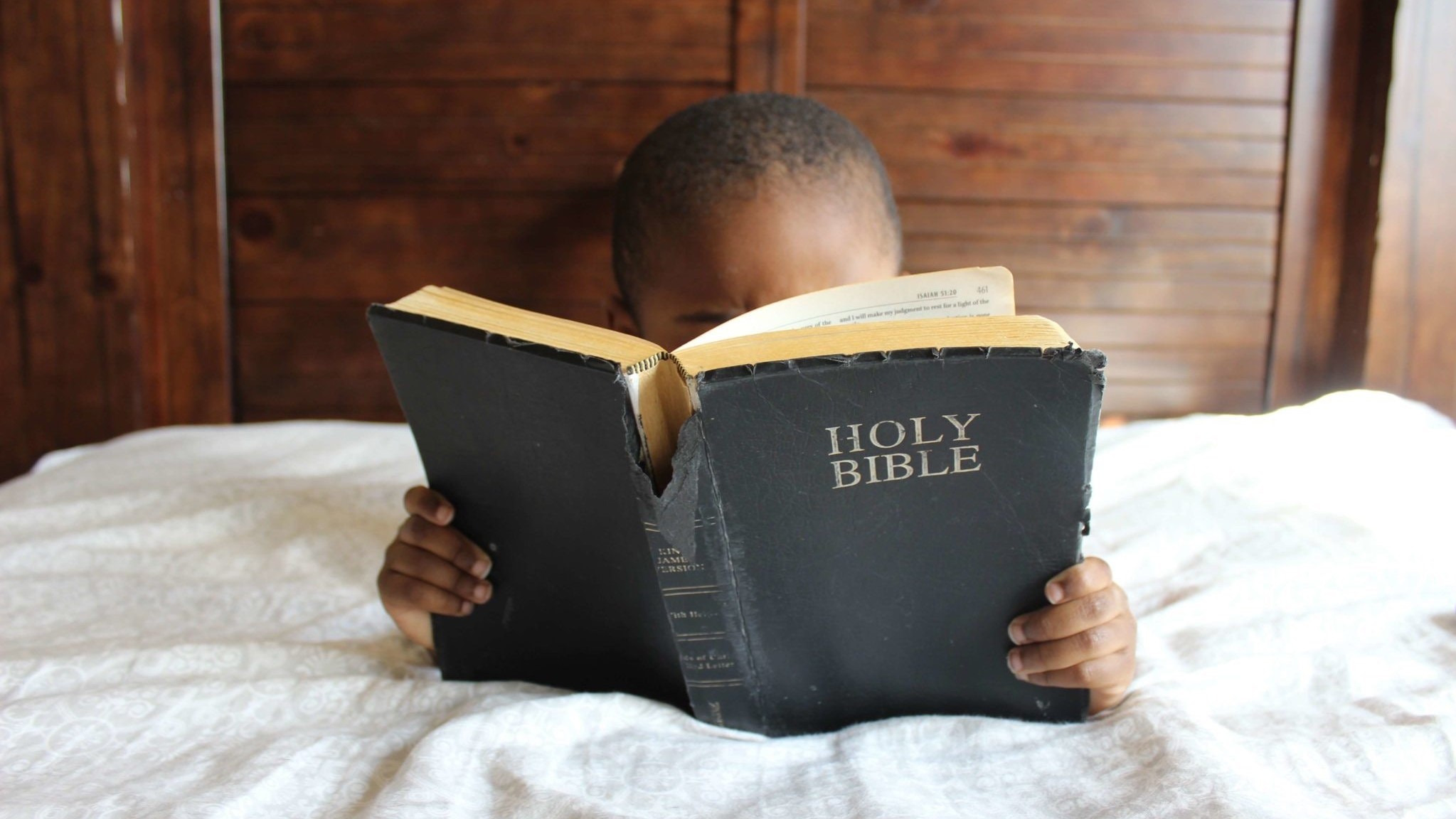 Photo by nappy from Pexels
Since it’s a beautiful summer here where I live and since I’ve been working on four episodes that deal with Catholic trivia for our new summer series, In All Things, I would like to explore with you some basics that all Catholics should know. On Episode 3 of In All Things, I had with me singer/songwriters Sarah Hart and Steve Angrisano. The show was described as “making a joyful noise with fun Catholic trivia and songs”. In the program, we have several categories and each guest takes turns answering questions. I asked Sarah how many approved Marian apparition sites she could name. I asked Steve to name the categories of the mysteries of the Rosary. I asked Sarah if she could name all the Letters of St. Paul. You get the idea. I must say, they did very well. Towards the end of the episode, the tables are turned and Sarah asks me to name all the books of the Old Testament in order! Of course, she was joking, but afterwards, I thought, “Why can’t I name all the Books of the Old Testament?” Shouldn’t we all know that? Isn’t that basic? Two weeks later, we were taping the show again, this time with guests Ryan Tremblay and PJ Anderson. That episode aired on July 30th. PJ asked me to name the Seven Gifts of the Holy Spirit. I got to five and couldn’t think of the last two. On that same show, I asked PJ to name the 12 Disciples. He was able to name 10 of them. Basic stuff. How well would you do on a Catholic Game Show? I don’t think we should know all the books of the Bible in order (although, why not?) or be able to name all  266 popes, but should we know that there have been 266 popes? Should we be able to name the last 6 popes? How about the first 4 popes? Are there basic things that all Catholics should know? So this is what I would like to do: For the next three weeks, until the end of summer, we will look at four categories, and I will list – off the top of my head (Because what’s the point if I have to look it up? The whole idea is that these are things that we should all know without looking them up.) as much as what I think we all should know. Let’s hope that at the end of the summer, all of us will know a bit more and you will be inspired to go and look some of this stuff up. Let’s start with Scripture. There’s a myth out there that Catholics don’t know Scripture or that we don’t put enough weight on Scripture. If I asked any of you to recite one Scripture passage from heart, I bet most of you would choke. But do you know the Lord’s Prayer? That’s in Scripture: Matthew 6:9-13 (and the other shorter version in Luke 11:2-4). Do you know the Hail Mary? That’s also from Scripture (Luke 1:28 and 1:41-42). Many of you might know the Magnificat (Luke 1:46) or the Benedictus (Luke 1:68). This summer, I suggest that you memorize one or two Scripture passages. Here’s one that I’ve memorized:

All authority in heaven and on earth has been given to me. Go therefore and make disciples of all nations, baptizing them in the name of the Father and of the Son and of the Holy Spirit; teach them to observe everything that I have commanded you and remember that I am with you always, yes, to the end of the age. (Matthew 28:18-20)

We hear Scripture at Mass every Sunday – not just in the readings. The whole Mass is taken from Scripture. Do you know where these come from? Glory to God in the highest Heaven... (Luke 2:14) Blessed is He who comes in the name of the Lord... (Psalm 118:26) Behold the Lamb of God who takes away the sin of the world... (John 1:29) Lord, I am not worthy for you to enter under my roof.... (Matthew 8:8) Next time you’re at Mass (or watching it online or on TV), pay attention to these familiar texts (and so many others). Most of them are taken from Scripture. Look them up! Here’s another fun test: Could you complete the following Scripture passages? The Lord is my shepherd. I shall not want… (Psalm 23) Jesus answered, “I am the way and the truth and the life…” (John 14:16) Come to me, all you who are weary and burdened, and I will give you rest… (Matthew 11:28-30) Unless a grain of wheat falls to the ground and dies... (John 12:24) And we know that in all things God works… (Romans 8:28) At the name of Jesus every knee should bend... (Philippians 2:10-11) Again. We’ve heard them so many times. Why not just memorize them? Here are other basics of Scripture that we should all know: How many books are there in the Bible? There are 73 books in the Catholic Bible: 46 in the Old Testament and 27 in the New Testament. (It’s good for us to know that all New Testaments are the same. Some extra books, however, are included in the Orthodox Old Testament, and some that we have in the Catholic OT are not included in the Protestant OT. Other than Maccabees, Tobit, Judith, and parts of Daniel, I can’t tell you what they are, but it’s good for us to know.)   [Note from the editor: also, Wisdom, Baruch, and Sirach.] How many Old Testament books can you name? I won’t put you on the spot like Sarah Hart put me on the spot, but, really, how many can you name? I suggest that we all should know the first five: Genesis, Exodus, Leviticus, Numbers, and Deuteronomy. Those are the five books of Moses (also known as the Torah or the Pentateuch). You should also know that after that follows all the History Books, followed by the Books of Wisdom and then the Major and Minor Prophets. You should know some of the books in each of these sections: History Books: Joshua, Judges, 1 and 2 Samuel, 1 and 2 Kings, 1 and 2 Chronicles... Wisdom Books: Psalms, Proverbs, Song of Songs... Major Prophets: (see below) Minor Prophets: Obadiah, Zephaniah, Habakkuk, Nahum... (those are just fun to say!) I got as far as memorizing all the History Books in order. I don’t know the Wisdom Books or the Prophets in order, but I think I can name most of them (except the Minor Prophets; those are hard. But you should at least know that). Oh, one more: you should know which is the last Old Testament book before the New Testament: Zechariah (one of the Minor Prophets). [Note from the editor: Actually, it's Malachi.] I would add that we should be able to name all the books in the New Testament. At the very least you should know the four Gospels (Matthew, Mark, Luke, and John) and that they are followed by the Acts of the Apostles, which is then followed by the Epistles (first the letters of St. Paul and then the other letters) and ending with the Book of Revelation. What else should we know from Scripture? Who are the Major Prophets? Isaiah, Ezekiel, and Jeremiah [Note from the editor: You're forgetting Daniel, Lamentations, and Baruch.] Can you name some of the women in the Old Testament? Eve, Sarah, Rebecca, Rachel, Ruth, Naomi, Deborah, Bathsheba, Judith, Esther. Do you know who they were? Can you name the 12 Tribes of Israel? At the very least you should know that these are the sons of Jacob. Of his sons you should know Joseph and Benjamin. You may also recognize Judah (there are nine others). Can you name the 12 Disciples? Simon Peter, James (the Greater), John, Andrew, James (the Less), Philip, Matthew (Levi), Thomas, Bartholomew (Nathaniel), Jude (Thaddeus), Simon (the Zealot). and Judas (Iscariot). Do you know in which book of the Bible the following stories are found? Let’s leave it at that. How did you do? I hope that you are all pulling out your Bibles and looking some of these up. We always hear that Catholics are a sacramental people and that we are a people of Tradition. Well, we are also a people of the Word. We must know our Scripture. We must read and study Scripture and we must pray with Scripture. We don’t have to be Bible scholars, but we should know the basics. Come back next week and let’s see how much you know about the Liturgy. In the meantime, write to me and tell me how you’re doing with Scripture and what you learned this week.