I have always been a fan of video games. From the original Nintendo Entertainment System right up until PlayStation 3, I always had a system on the go. That is why it was great to have the opportunity to speak with veteran Hollywood-visual-effects-artist-turned-video-game-creator, Jarom Sidwell. Sidwell founded Immersive History and has rolled out a next gen virtual reality (VR) game called DvG: Conquering Giants, a David vs Goliath VR Game. Although I do not own a VR system, I have had a chance to try them in the past. To see the video game trajectory go from the world of side-scrolling 8-bit adventure to the fully immersive worlds being created in VR is nothing short of amazing. The DvG team harnessed their collective talent in order to bring the biblical story of David and Goliath to life. When I asked Sidwell why he chose to use David and Goliath, his answer made perfect sense: They wanted to build around the most recognizable underdog story. The very nature of the story enabled the developers to create a game that would allow the user to get very physical while playing the game. Although my experience with DvG is from watching gameplay footage (check out the video below), I can see how the physicality of the gameplay would really draw users in. Another big facet for Sidwell was that he also wanted to be counter-cultural. Instead of giving the world another superhero story, he wanted to show what is possible when small actions are paired with immense faith. Beyond its engaging gameplay, DvG serves as an evangelization tool. By its very nature, the VR game and the system are portable and easy to share, and it has great replay value – something that Sidwell hopes makes the game appealing for summer camps or as an augment to lessons children are being taught. Additionally, the game serves as an entertaining introduction to the faith as there are still many people out there who don't know that the story of David and Goliath comes from the Old Testament. Although the video game is centred around the ultimate one-on-one battle, the game is a family friendly one as it is rated E for everyone (10+). Sidwell and his team wanted parents to be able to play right alongside their children. I think this is my favourite part of DvG – that it is a video game that can be used to bring the family together. Some of my fondest gaming memories are when I convinced my mom to play Tetris or Galaga with me. DvG has that same appeal – but with much better graphics! 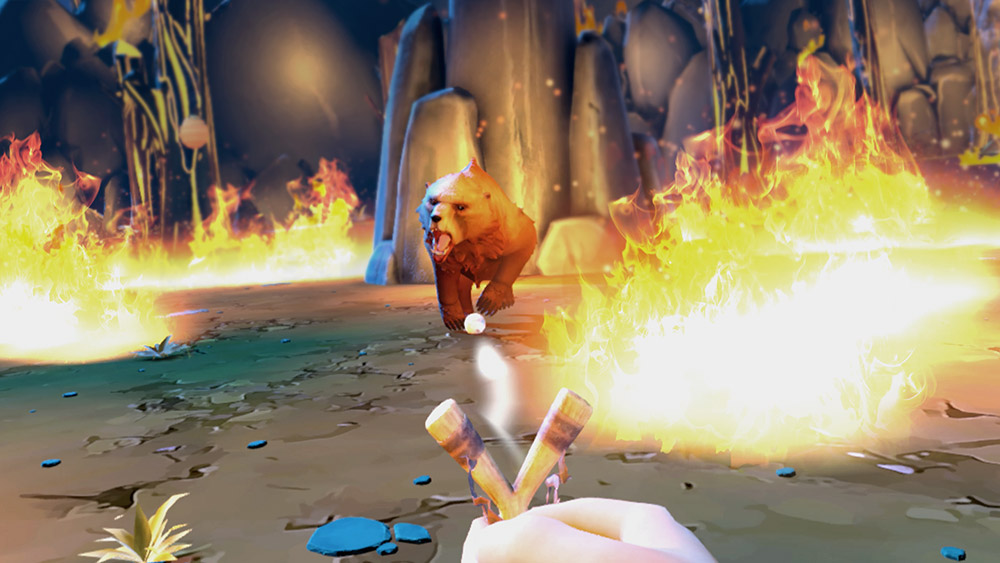 During our conversation I mentioned that I have not owned a video game console since the PlayStation 3, but the unique gameplay of DvG has made me consider jumping back into the gaming world. Jarom Sidwell had a simple message for me: DO IT! If you’re looking to play DvG, it is currently available to play on Oculus Rift, SteamVR, and VIVE. It will also be available for PlayStation VR and Oculus 2. To purchase the game, which retails at $28.99, head to the main site.