Welcome to the seventh of a series of blogs on the legacy of Brother André Bessette.  In four days, we celebrate the canonization of our beloved first male Canadian-born saint.  Today, Salt + Light’s very own Danielle Jones will be travelling to Rome to join CEO Fr. Thomas Rosica, CSB, to cover the canonization. 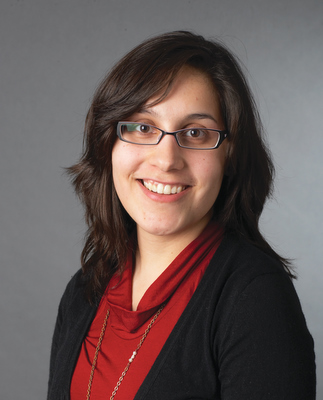 Mary Rose: Danielle, you’ll be gone for around eight days.  What’s your itinerary? Danielle: I’ll be going to Rome for the canonization of Brother André as a pilgrim, and I’m really looking forward to that. I’ll also be there to tell the story of a canonization from the perspective of the thousands of pilgrims who’ll be present. I’ll actually be travelling with a group of pilgrims from Montreal who will be there not only for the canonization, but also to see the Vatican and to tour Assisi. So, I won’t only be in Rome. The very first night in Rome, I will be at the world premiere of God’s Doorkeeper: St. André of Montreal, in both English and French.  And then I’ll be at the prayer vigil in Rome on Saturday and then with the pilgrims on Sunday morning for the canonization. I’m not only following the pilgrims. I’ll be filming Fr. Tom’s reflections and interviews for the canonization section of the documentary, which will appear on the DVD.  I’ll also be taking part in the Thanksgiving Mass on Monday morning with the Archbishop of Montreal, Jean-Claude Cardinal Turcotte. I’ll then travel with the pilgrims to Assisi on Tuesday and to St. Peter’s Square for the weekly General Audience on Wednesday. So it really is a packed week. I honestly feel so blessed to have this amazing opportunity to go to a canonization. And not just any canonization, but the canonization of a Canadian saint. For the past four months, I’ve been working on the documentary on Brother André, so I naturally feel close to him.  He really is one of my favourite saints. I also share a birthday with Br. André.  We were both born on August 9th -- we’re just 141 years apart -- so he’s like my birthday brother. But I’ve also never been to Rome and to be able to go only five months after I entered the Catholic Church is incredible!  The timing is just right. Had I gone to Rome earlier, I don’t know if I would have been able to take as much out of the trip as I expect to take out of it now. Just to be able to see and breathe the history of the Church is exciting enough, but to be there for the canonization of a saint who is such a huge part of my life really is the biggest blessing I could hope for. Mary Rose: Thanks, Danielle.  You and our team will be in our prayers.  Have a blessed experience!

Tune in for the Salt + Light coverage of the canonization of Brother André.  To find out more about the coverage schedule and to pre-order a DVD copy of God’s Doorkeeper:  St. André of Montreal, go to www.saltandlighttv.org/brotherandre.