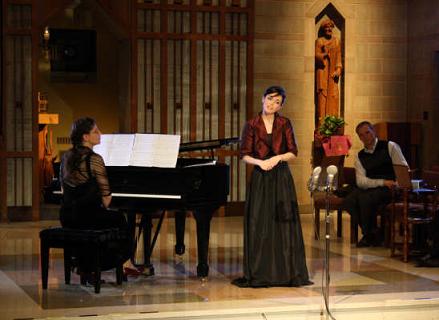 At least that’s what Friday felt like because of the many gifts that came with it. In addition to the Dominican Sisters arrival, we were gifted that same evening with one of the most moving Hungry for the Spirit concert events I've ever experienced. In honour of the anniversary of the death of John Paul II, soprano Andrea Rebello, accompanist Erika Crino and artist Martin Rebello offered song, music and art to the very memory of he who held a deep appreciation for the arts. 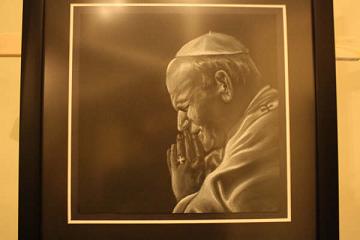 Following a Eucharistic celebration presided by Fr. Thomas Rosica, the event began with Andrea quoting JPII’s Letter to Artists. She prepared a wonderful program that included five of the most famous renditions of the Ave Maria to honour the late Pope’s devotion to the Blessed Mother. These and more were sung so beautifully, so powerfully that at the end of each song you were left wishing it were still only the first. All of this was occurring in front of a large slide show featuring paintings of many heroic catholic figures of our time (JPII included) that were awaiting proper admiration in the room next door. If you couldn’t be there on Friday you can catch the entire concert on Salt + Light Television, coming soon. 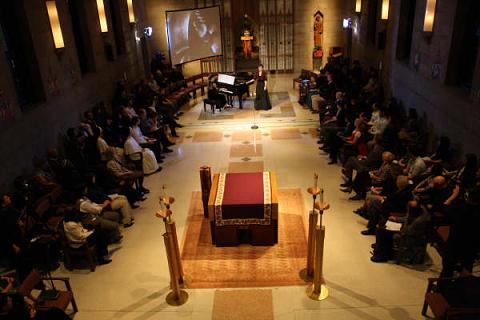 UPDATE: "An Evening of Sacred Music and Art in Memory of Servant of God, Pope John Paul II" will premiere on S+L on Tuesday, May 19th (repeat on Saturday, May 23rd).