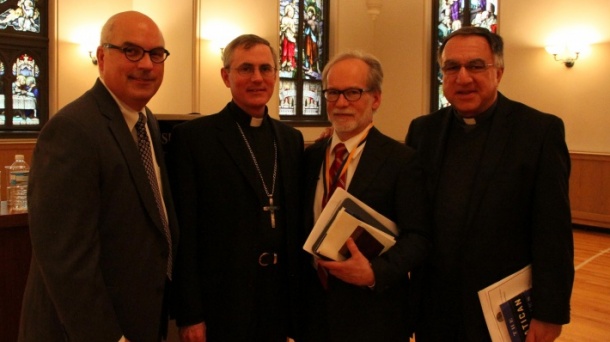 “Power, Personalities and Politics at the Vatican” John Thavis is a journalist, author and speaker specializing in Vatican and religious affairs.  For more than twenty-five years John Thavis held one of the most fascinating journalistic jobs in the world: reporting on the inner workings of the Vatican as the head of the Rome Bureau of Catholic News Service.  His daily exposure to the power, politics, and personalities in the seat of Roman Catholicism gave him a unique, behind-the-scenes perspective on an institution that is far less monolithic and unified than it first appears. Thavis reveals Vatican City as a place where Curia cardinals fight private wars, scandals threaten to undermine papal authority, and reverence for the past is continually upended by the practical considerations of modern life.  Author of the recent New York Times best seller, “The Vatican Diaries: A Behind-the-Scenes Look at the Power, Personalities and Politics at the Heart of the Catholic Church,”  Thavis examines the reign of Pope Benedict, the momentous transition that just took place in the papacy, and the history of one of the world’s oldest and most mysterious institutions. Tune in Saturday, February 15 at 8:00pm ET / 5:00pm PT to watch this episode of the Christian Culture Series. ---- Photo: (from L to R) Tony Spence, Director and Editor in Chief at Catholic News Service, Bishop Ronald Fabbro of London, John Thavis, Fr. Thomas Rosica, CSB